God Believes in You

Akibah, the great first century Jewish rabbi who lived and taught in Capernaum one generation after Jesus, said “The greatest sin is to teach a student to believe in God and not teach the student that God believes in him.”

When you understand the Jewish education system during the time of Jesus — the ages of the students, the steps in the education process, the expectations — it’s clear that most, if not all, of Jesus’ disciples were the ones who hadn’t made the cut. They were the ones who either were not able to memorize the entire Torah by the age of 12 or who had not made the grade in the Beth-Midrasch by the time they were 15. Most of them were already working, fishing, collecting taxes. These were not the merit scholars. There were no valedictorians in this group. They had disappointed their families and themselves.

And then Jesus walks up to them and says, “Come. Follow me.” Jesus tells these young men, “You can be like me.” Do you understand what it means to tell a C-student that you believe in him?

We’re always shocked by the Gospel accounts of the disciples dropping their nets immediately, at once, to follow Jesus. Luke goes out of his way to tell us they dropped everything, left it all, right there on the spot. Why are we surprised? If Luke’s chronology is correct, this rabbi Jesus had already raised the dead, cast out demons, and fed the five thousand. When he shows up and tells these young men, “You can be like me. You can follow me” they probably broke the world record in the half mile running home to tell their parents, “Jesus says I can follow him!”

Do you understand what it means to tell someone you believe in him?

In John 15, Jesus tells the disciples to go change the world. “And,” he says, “remember, you didn’t choose me. I chose you.”

When Peter is trying so hard to be just like Jesus and actually steps out of the boat and begins to walk on the water, just like his rabbi, he notices the wind and the waves and he begins to sink. Jesus reaches out and saves him and then says “oligopiste,” “little of faith,” why did you doubt?

What did Peter doubt? Who had Peter doubted? What was Jesus talking about? Did Jesus think Peter had doubted him? No. Jesus was still standing there, right on top of the water. He hadn’t sunk. He wasn’t sinking. Peter didn’t doubt Jesus.

He was doubting himself.

He was unsure if he could really be like Jesus, even with Jesus standing right there beside him.

And Jesus says, “Why?” Why do you doubt yourself?

He believes it. Why don’t we? 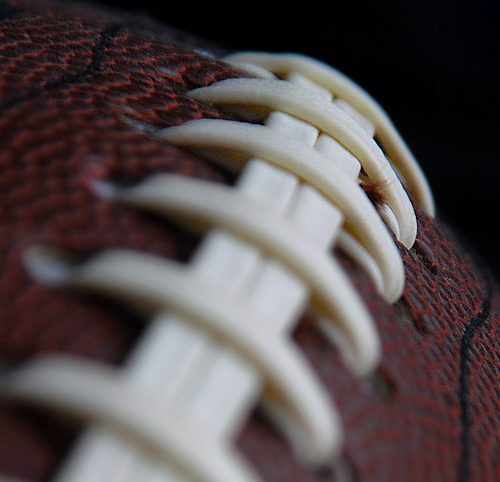 Football season is here! Today! Right now! Oh, glorious day! You can tell how great it is because of all the exclamation points! Eleven college football games today and tonight, climaxing with the SEC matchup at 7:00 on ESPN between LSU and Mississippi State in Starkville. Forget the preseason finale tonight between the Vikings and Cowboys. The real football season, with games that count and outcomes that matter, is here!

Several of you have asked me to list all of the football players in the countdown to football season. I’ve done you one better. Starting today, you can go to the “99 Numbers” page and see all the players—from 1 to 99 — who helped us pass the time this summer in anticipation of football season. You can roll your cursor across the image to see the name of the player and the college and/or pro team where he had the success that earned him a spot on the list. And if you click on the image you’ll get the full size.

I must confess, counting down the days to football season with the jersey numbers served at least a couple of different purposes. Knowing I had to keep up with the commitment forced me to write every day. It worked. Now I’m in the habit. It also provided a bit of a hook for some of you who wouldn’t otherwise pay much attention to a preacher’s blog. I hope that part worked, too. I hope you’re in the habit.