Our daughter Valerie surely knows a hundred guys in Edmond who drive pickup trucks. But I got the call last week to pull the Tri-Theta float in Saturday’s Oklahoma Christian University homecoming parade.

Valerie is Theta’s homecoming director — in charge of her club’s float, their window in the student center, and her club’s participation in all the homecoming week activities. The theme had something to do with unity in diversity or love around the world — I’m not certain. All I know is that Theta’s float and window and T-shirts revolved around the country of India. And Valerie and her friends killed it. Theta’s window banner won first place and their Taj Mahal float won second. 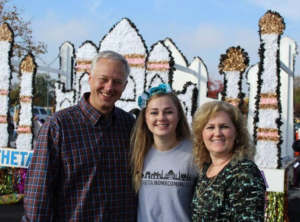 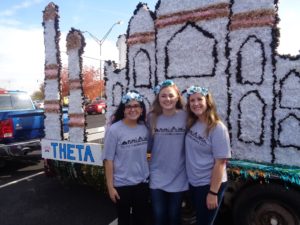 According to true Stanglin tradition, there was some controversy with the float that had to be discussed and fixed the morning of the parade. The OC administration took issue with part of the design and Valerie and her crew had to scramble to make it work. A little spray paint in some strategic places took care of the problem to the school’s satisfaction and we hooked it up and took off. We circled the Bible building twice, threw a lot of candy at a bunch of little kids, saw tons of people we knew from a long time ago, and nobody got run over. A tremendous success by any measure.

I’ll also share this picture of the Delta alumni breakfast held earlier that day. Two hours of sausage balls and war stories with guys like Scott Steward, Jeff Hyatt, Dewey Leggett, Paul Russell, Ted Norton, Alfred Branch, and Chris Adair. Mac reminded me of stuff I had forgotten and Paul brought up things I wish he had forgotten. I love seeing the charter members from 1972 sitting in their chairs down front. And I’m still puzzled at how OC President John DeSteiguer keeps making it into our club picture. 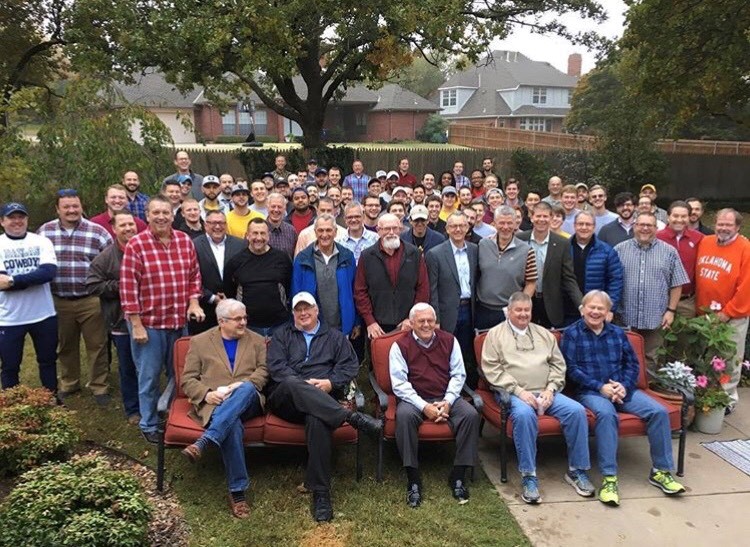