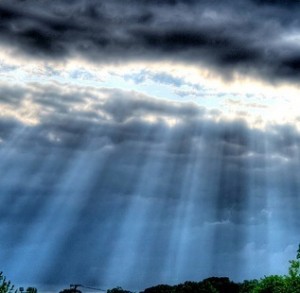 This week we’ve been considering together Act Three of the Story of God: Covenant – The Promised Kingdom. Instead of trying to write about and discuss Genesis 12 through Malachi 4, I’ve tried to identify four things I believe God is doing with the covenant he made to Abraham in Genesis 12 and in the ways he works with and through the covenant in the rest of the Old Testament. God is showing us four things, he’s communicating these four things to us. My suggestion is to identify these four things in every Old Testament story you read. Look for these things. It’ll help you better understand what God is doing when he makes and keeps his promises.

We can know for certain a couple of things by reading the Old Testament and by just experiencing life. We know for sure that Satan has not lost interest in people since his big win in the Garden of Eden in Act One. He keeps coming at us. We also know that our God never, ever, stops in his love and care for the people and the world he created. The devil keeps trying and God keeps saving. We know this. Throughout Act Three, we see Israel chasing after pagan idols and God forever restoring them to their right ways. We Israel rebel against God, we see wickedness in Israel’s priests and kings, we see sin. And we see God relentlessly bringing them back. Our God will not be stopped.

In the covenant, God says, “I will bless you if you live right” and “I will take care of you if you obey my commands.” If not, well, then God makes other arrangements to bless his people. He finds other ways to save them.

“I will sprinkle clean water on you, and you will be clean; I will cleanse you from all your impurities and from all your idols. I will give you a new heart and put a new spirit in you; I will remove from you your heart of stone and give you a heart of flesh. And I will put my Spirit in you and move you to follow my decrees and be careful to keep my laws. You will live in the land I gave your forefathers; you will be my people, and I will be your God.” ~Ezekiel 36:25-28

If your heart is hard, I’ll give you a new one. If your mind is corrupted, I’ll create in you a new one. Over and over again  in Act Three, God proves that he will do whatever it takes to live with his people and be their God. Whatever it takes. Because it’s his covenant. His promise. His Word. And he won’t let it be broken.

Your job is to believe it. Believe it. Abraham believed and God credited it to him as righteousness. If you believe God’s Word, if you trust him that he’s going to save you and that he will not be stopped in fulfilling his promises to you and to the whole world, he’ll consider that as faith. And he’ll give you credit. He’ll apply a righteousness to you, a holiness, that you don’t have and you can never receive any other way.

“The promise comes by faith, so that it may be by grace and may be guaranteed to all Abraham’s offspring — not only to those who are of the law but also to those who are of the faith of Abraham. He is the father of all… He is our father in the sight of God, in whom he believed — the God who gives life to the dead and calls things that are not as though they were.

Abraham in hope believed and so became the father of many nations… He did not waver through unbelief regarding the promise of God, but was strengthened in his faith and gave glory to God, being fully persuaded that God had power to do what he had promised.” ~Romans 4:16-21

If God has promised you life: life in Christ, life in the Spirit of God, a life of bearing Kingdom fruit — if he’s promised you life in his body, the Church — and if he’s ratified those promises by the blood of his own Son, Jesus the Christ, the Lamb of God that takes away the sin of the world, do you believe it?