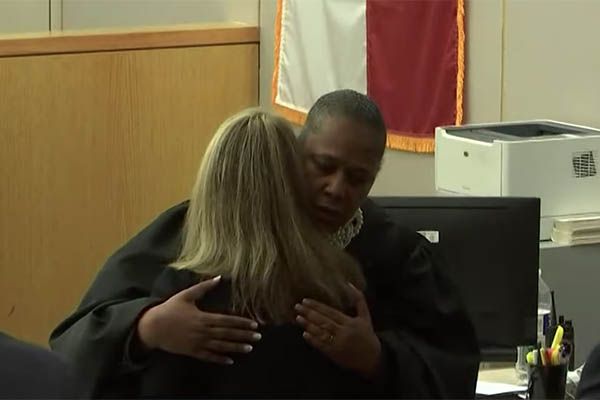 CNN’s Ed Lavandera has conducted an interview with Judge Tammy Kemp, the Dallas County judge who presided over the recent murder trial of former Dallas police officer Amber Guyger. Kemp has come under fire and is facing formal ethics complaints for allowing Brandt Jean, the younger brother of the victim in this case, Botham Jean, to hug his brother’s killer during the sentencing phase. Judge Kemp also hugged the defendant in the courtroom and gave Guyger her personal Bible to take with her to prison. The judge’s controversial actions clearly are against courtroom protocol and have generated lots of discussion nationally.

This interview is fascinating. It depicts so vividly the struggle Judge Kemp faced in deciding to allow Brandt to hug Guyger. The judge herself says she had to decide that, in addition to being a judge, she is a human being first. She knew that both Brandt and Guyger needed the hug in order to heal and to be liberated from anger and bitterness and to retain a sense of purpose for their lives. She speaks candidly about the power of forgiveness and compassion. She quotes from Micah 6:8 as a weighty passage of Scripture that guides her thoughts and actions. And she comes across as a very impressive follower of Christ as Lord.