Counting on Your Vote 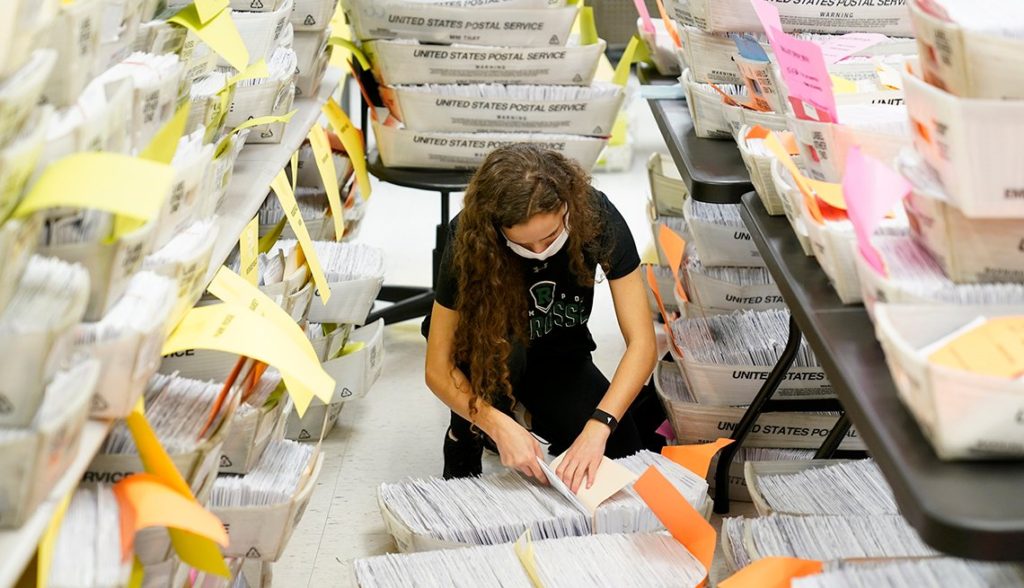 Many Christians and many churches have bought into the idea that the salvation of the United States somehow depends on electing the right politicians. I am saddened by that. These Christians campaign and picket, scream and yell, insult and fight right alongside everybody else for their preferred party or platform, all of which is decidedly unChristian behavior.

Each of us has made our own decisions about voting: whether or not to vote; if we do vote, for which candidate to cast a ballot; and to what extent we place our hopes and dreams in this country’s politics and candidates. Like all citizens of this country,  we are enduring the unprecedented uncertainty today with a mixture of concerns and expectations, a variety of motivations and desires. But the guiding principle for us Christians is that we know our God is chasing different goals and using different methods than those represented on the ballots. The way of our God is always different from the ways of the world. That’s what gives us our Christian perspective.

It’s not a cynical outlook. It’s not the view of the 20th century activist Emma Goldman who said, “If voting could change anything they would make it illegal.” It’s about weighing how much, if any, of himself a Christian wants to pour into the election process of a worldly kingdom. Have you thought seriously about that?

Are you paying attention to how much energy and emotion you’re putting into the outcome of this thing? Are you aware of how the ups and downs of this past month have impacted your behavior? Are your loves and allegiances being kept in the proper order?

Hunter S. Thompson is given credit for saying, “There’s a terrible danger in voting for the lesser of two evils because the parties can set it up that way.” The repeating cycles in this country make it difficult to argue against his point. Haven’t we been here before? Aren’t we here every time?

C.S. Lewis once observed, “He who surrenders himself without reservation to the temporal claims of a nation or a party or a class is rendering to Caesar that which, of all things, most emphatically belongs to God himself.”

I believe it’s OK for followers of Jesus to vote; just don’t be fooled into thinking it’s an act of righteousness that is going to change the world for the Kingdom of God. Don’t place your hope for God’s will to be done in this country in a politician or any group of politicians. Don’t count too much on your vote.