Scattershooting while wondering whatever happened to Tony “The Thrill” Hill… 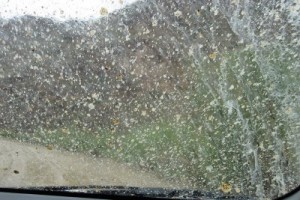 I was prepared for all that wind yesterday. I had been told about the wind here in Amarillo. I was ready for it. I’ve already experienced it many times over the past four months, so it didn’t surprise me when it hit yesterday just as church was letting out. But not one person had ever told me about raining mud! What was that, the 11th plague?!?

Speaking of things I’m still learning about Amarillo: I knew it was flat up here. But I didn’t realize you can actually see New Mexico ski slopes from Soncy. I was having lunch with a Rotary Club a couple of weeks ago at the top of the Chase Tower downtown and I swear I looked toward the southeast and saw Cowboys Stadium. It is flat out here. And, yes, there are tumbleweeds. Real tumbleweeds. Blowing across the highway. I’ve never experienced anything like that. Tumbleweeds! 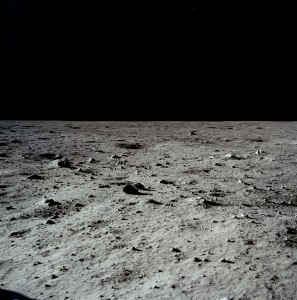 I was complaining to Matt Richardson yesterday about the five-and-a-half-hour drive between here and Fort Worth. He and Sara have family there; they know about that awful drive. But then Matt surprised me by declaring that the two hour drive between Amarillo and Lubbock is even worse. We both acknowledged that there’s nothing to look at, nothing to see on I-27, but he says it’s the moonscape! “You pass the Sea of Tranquility like four times!”

And, yeah, Matt writes his own material.

I love Aerosmith. You know I do. But Steven Tyler should not sing America’s National Anthem.

I was very sad to see the Dr Pepper corporation in Plano put an end to the production of Dublin Dr Pepper out of that little bottling plant southeast of Stephenville.

I understand that Dublin Dr Pepper was stretching way past their six-county distribution agreement. I knew something wasn’t right when we began seeing six packs of the glass bottles in our North Richland Hills Wal-Mart. You know, that actually took away from some of the mystique. It was much more cool when you could only get Dublin Dr Pepper — the only soft drink in America made with Pure Cane Sugar instead of corn syrup — in Dublin. Carrie-Anne and I always took the girls to Dublin every couple of years to check out their Dr Pepper museum

(which contains much more memorabilia and artifacts than the official Dr Pepper Museum in Waco), to get a real hard-core Dr Pepper float from the old soda fountain there, and to stock up on a case or two of the special stuff and bring it home. Come on, I’ve got an “Official Dublin Dr Pepper Bootlegger” T-shirt! That doesn’t mean anything when anybody can buy it just about anywhere.

But, still, it saddens me. Dublin Dr Pepper was another one of those quirkie little peculiarities that made Dr Pepper unique. It made it a little weird and special. Now it’s gone. Dr Pepper will still bottle the sugared soda in special classic cans and bottles with the nostalgic logos and designs from the 1920s and ’30s. But it won’t say Dublin anywhere on them. And that’s a shame.

Speaking of Dr Pepper: the people who run the world’s oldest soft drink have never been terrific marketers. Changing your logo every ten or twelve years and your advertising slogans every two or three years isn’t good. It doesn’t work. Dr Pepper’s TV commercials over the past decade or so have been embarrassing. Either really boring or really corny or over the top strange. They nailed it in the ’70s with the “I’m a Pepper” campaign. And I’m excited to see that they’re bringing it back. Have you seen the newest commercial? I saw it for the first time during the BCS Championship Game and I saw it a few times yesterday during the NFL Conference title games. I like it.

My shirt would say “I’m a preacher.”

Life Together has become, over the years, my favorite Dietrich Bonhoeffer book. Being a part of a brand new church family has given me many reasons to re-read some of my favorite passages. One of those passages calls us to celebrate every moment within our faith community. Every person, every event, every interaction, every sub-group, every meeting, every worship assembly: it’s all a gift from God. Good or bad, life-giving or joy-stealing, fair or unfair, the spiritual giants of the faith and the immature babes in Christ: it’s all given to us by our Father in order to sanctify us.

“If we do not give thanks daily for the Christian fellowship in which we have been placed, even where there is no great experience, no discoverable riches, but much weakness, small faith, and difficulty… then we hinder God from letting our fellowship grow according to the riches which are there for us all in Jesus Christ.

Christian community is like the Christian’s sanctification. It is a gift of God which we cannot claim. Only God knows the real state of our fellowship, of our sanctification. What may appear weak and trifling to us may be great and glorious to God. …the Christian community has not been given to us by God for us to be constantly taking its temperature. The more thankfully we daily receive what is given to us, to more surely and steadily will fellowship increase and grow from day to day as God pleases.”