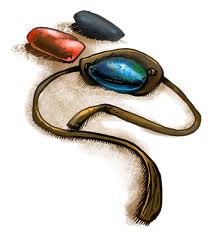 In one of the last stories about David before he is crowned King of Judah in Hebron, he and his nephew, Abishai, walk through the middle of three thousand of Israel’s mightiest soldiers to find Saul sound asleep on the ground. David and Abishai make it past all the guards, all the men, all the horse and chariots, all the spears and swords, right into the very center of the army’s camp, right next to Saul’s sleeping bag. These two are standing by Saul’s head and having an argument about what to do. Abishai’s adrenaline is rushing and he’s ready to kill the enemy king. David is holding his young nephew back and waxing theological about what God is and isn’t doing this night. So they eventually decide to grab Saul’s spear and water jug and leave camp the way they came in.

How is that possible? I’m a fairly heavy sleeper; I can sleep through almost anything. But I know what it’s like to sleep on high alert. When two little girls are throwing up and the other one has a fever, you go to bed on high alert. In the dead middle of the night the least little sound from the other end of the house causes both Carrie-Anne and me to jump straight out of bed and grab the mop! Recently, we’re going to bed more and more often with one or two of our girls still out on the town. We go to sleep knowing they’ll be home in a couple of hours. And I promise I can hear Whitney exit Bell Street three miles from our house! I’m wide awake before the garage door opens!

The king and his bodyguard and three thousand trained soldiers. How did not one single person wake up and catch David?

God causes three thousand men to fall into a deep sleep so David and Abishai can slip into camp, discuss what they’re going to do, take the royal spear and canteen, and get away undetected. Do David and Abishai think it’s because of their own skills they’re able to get away with this? Are they aware at all of the miraculous nature of what just happened? The writer is very clear: God is personally involved in protecting and defending David and keeping him safe. But I don’t think David knows all the details of God’s involvement like the writer and reader do. Yes, David is growing in confidence that God is working to bring Saul’s reign to an end and put David on Israel’s throne. But the comment about the deep sleep is between the author and the reader. Yes, David is more convinced than ever about the truth of God’s activity in his life, but he’s unaware of the specifics.

Get the picture: David is working his way here in the dark, on the run, under attack, picking his way through the nitty and gritty details of the task at hand, and not fully aware of the very specific way God is intervening to help him and make sure the mission is accomplished.

Same with us: We walk through this life in this place where God has put us, doing his will, sometimes under attack, occasionally on the run, trusting God to provide, putting faith in God to deliver, totally convinced that God loves us and he’s involved in our lives, but not fully aware of the specifics.