Another Word on Arminius

With Calvinism and Calvinistic theology popping up here and there more often in conversations I’m having with people inside and outside Christ’s Church, it’s good for me to be able to clearly articulate the differences between Calvin and Arminius doctrine. We’re certainly not going to solve any five hundred year old debates in this space, but writing helps me speak. So… 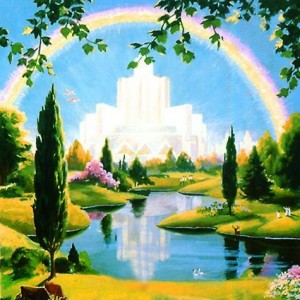 What Jacob Arminius believed and taught about God’s love and grace all goes back to Creation. The creation of the world was God’s very first act of divine love and grace. Creation was for the good of mankind; it was for the benefit of people. The ultimate benefit of people is to live in righteous relationship with the Father, to have eternal communion with him. And that’s why we were created. God’s covenant with man, “I will dwell among you; you will be my people and I will be your God,” reflects his holy purposes in making us in the first place.

According to John Calvin and other Reformed theologists, a big chunk of humanity was (is) created for the purposes of destruction. Others contend that large numbers of men and women were (are) created by God and then passed over without hope or any divine intention of salvation. Arminius says, no, God’s will is for all men to be saved.

As my brother Keith put it Friday in his opening presentation on Arminian theology:

“God’s love for fallen humanity is not simply a love for justice or a vague sense of affection toward reprobate humans; it is a desire to communicate the eternal benefits of Christ to the entire race. In addition, in giving freedom to creation, God limits himself. The Reformed would stress radical divine omnipotence. Arminius would stress the divine self-limitation.”

It was risky for God to create me. He put himself on the line by making me and giving me the free will to obey or rebel, to accept or to reject, to love or to hate, to give life or to kill. In his great love for us that allows us to choose, he came to this earth to suffer with us, to die for us, to defeat sin and death in us, so we could enjoy that eternal communion with him that was intended from the beginning. He did (does) all that; and the majority of us still spit in his face. He certainly has the power to force us to accept his gifts of grace. He has the almighty power to do it. But to elect someone who is unwilling would be as unjust as damning someone who had never sinned. So we can accept his salvation or not. By his great grace, we can say “yes.” Because of his eternal love for us and the high regard he has for us as human beings made in his perfect image, we can also say “no.”

Arminius believed God’s grace does everything for us that Calvin believed it does. Everything. God’s grace is absolutely necessary for us to do any good, to make any right decision, to save us. It’s just that Arminius says the grace from God is resistible. Eternal salvation is ultimately the refusal to resist.

And that frees me to love my fellow man just as unconditionally and in just as many risky ways as my Father. It’s risky to love other people. It’s risky to give and give and give and give to people who may spit in your face. When we love and give in the manner of God and in the name his Christ, we’re going to get rejected. People are going to break our hearts. They’re going to resist our mercy and grace. But we keep giving and keep loving. We don’t stop. When we keep giving and loving at risk of great personal or corporate peril, we reflect the glory of our Father who saves you and me by the same gracious methods. We’re not allowed to pick and choose the ones we love. We’re not allowed to pre-determine who’s going to accept the good news of salvation and who’s not. Like our Lord, our will and our work is that all men will be saved.