An Intergenerational Twist on Missions Month 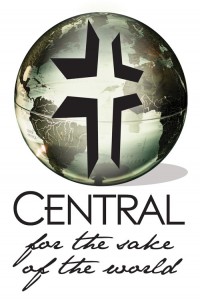 We’re into the final week of our annual Missions Month here at Central, a month in which we focus all of our collective energies and efforts toward our many foreign missions endeavors. The month culminates with a special offering this coming Sunday — our goal, to raise $250,000 to fund and expand current and brand new missions programs. I’m really proud of our whole church family for the way they’ve embraced the idea. Our people are having garage sales, selling homemade quilts and hot sauce, sacrificing massages and manicures, giving up coffees and restaurants in order to meet the mark. The enthusiasm has been tremendous, the excitement level has been high all month, and I think we’re ready to give.

Perhaps most impressive has been the way our teenagers here have really jumped in to the whole raising-money thing. We challenged the kids to use their own talents and gifts to raise their own money to give on the 27th. And they have. My goodness, they have. Our middle school and high school students are making and selling bracelets and bookmarks, they’re baking and selling cookies and cakes. Some of the more creative ones are pooling their imaginations and abilities and working together to raise all kinds of money. 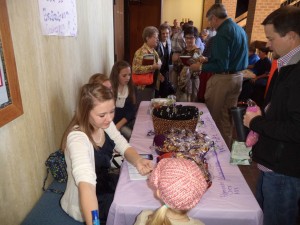 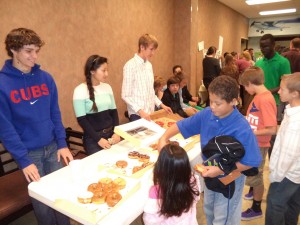 We gave the kids a thirty minute opportunity between our Bible classes and worship assembly this past Sunday to display and sell their wares, and it was a giant hit! The concourse around our worship center was jam packed with hundreds of folks crowding around tables and booths to buy the goodies and encourage the young people. There were typical brownies and pies, donuts and Chex mixes. But there were also a few unorthodox offerings. One of the Huddle groups was taking dollar bills as “votes” to determine who gets to throw a pie into the face of which minister at next week’s Fall Festival. I was only a little surprised when I rounded the corner to find Carrie-Anne and all three of our daughters stuffing my “ballot box” with their entries. Good grief, I think they had each asked me for dollar bills before the morning began and here they were helping set me up for whipped cream in my face and cherry pie filling in my ears! Josh Dowell volunteered to be soaked (and frozen!) with water guns and wet sponges for a dollar a pop (I barely missed him on all three of my throws). And one of the Muddle groups raised over a thousand dollars raffling off a really nice Bible.

It was a lot of fun. There was much laughter and fellowship, most everybody was hopped up on sugar by the time our worship assembly began, and our youth groups raised over two thousand dollars for Missions Sunday. But way more important than that, I believe our teens were encouraged and affirmed in critical and formational ways by our church family.

Our kids were truly engaged in something the whole church was doing, and they were enthusiastically supported in cheerful and tangible ways. I think every teenager sold out of everything he or she had brought to sell. And they were all hugged and patted on the back and encouraged the whole morning. That’s important, right? It’s everything! Figuring out ways to mix and mingle our older people with our younger people, being intentional about making our teens an important part of our church family, expressing our belief in them and our gratitude for their efforts — it all plays an invaluable role in passing on the Christian faith. 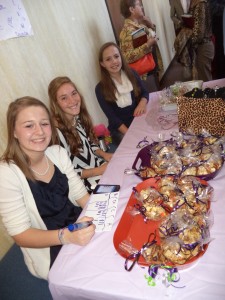 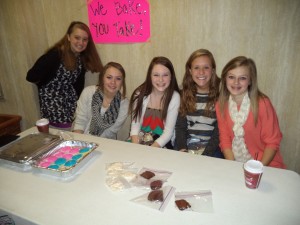 Now, more than ever, it is paramount that we don’t do anything in our churches without planning ways to get our young people in the middle of it. It’s not going to happen naturally. It’s not anybody’s default. And it’s not easy. It takes hard work and determination to pull this stuff off. But the benefits to the entire congregation in relationship and trust are incalculable. 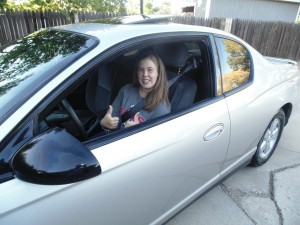 Whitney has reminded me on several occasions that I have not yet posted a picture of her with her new car. Yes, she scrimped and saved her grocery-sacking money and purchased a 2006 Monte Carlo a couple of weeks ago. Seven years old, only 44,000 miles, and clean as a whistle. Sun roof and automatic everything. It’s a pretty sweet ride; I’m not sure she’s cool enough to be driving this thing.