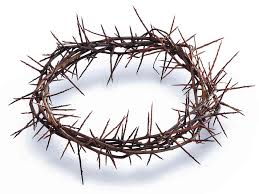 The Kingdom of God is not just about Christ’s power on earth. The Kingdom of God is about God’s empowerment of ordinary men and women to be agents of his eternal reign. Not everybody can see it because it’s carried out by a weak little band of disciples. It’s expressed in a single act of forgiveness by a wounded man. It’s realized in a single act of kindness by a little old lady. It’s accomplished in the worship and service rendered by a church in Amarillo.

To talk about conquering power and ruling the world in these tiny little terms might seem silly — as silly as a great tree growing out of a mustard seed. But we see it. You and I have been blessed to see that God in Christ uses these incredibly small things to miraculously grow his eternal Kingdom.

We know that with the coming of Jesus, the old world is losing its grip and a new world is being born. Rome’s rule is coming to an end — for people who thought too highly of the Roman Empire, that was unsettling news. The U.S.A.’s rule is coming to an end — that’s unsettling news for people who think too highly of the American Empire. But it’s true. The Kingdom of God has come and it is coming. Among us. And King Jesus says, “Give up your agenda and take up mine!” Or, to actually quote him:

“The time has come! The Kingdom of God is here! Repent and believe the good news!” ~Mark 1:15

God’s purposes have already been accomplished in Christ. What remains is the unfolding of what’s already been established. So, repent. Repent. Change your life. The realities of the Kingdom of God among us demand it. It’s not feeling differently in your heart; it’s living differently on the ground. The Kingdom of God is not a new religion or a fuzzy spiritual experience or even a plan for personal salvation. The Kingdom of God is about the whole world at last becoming what God has always intended it to be. A whole new world where mourners are always comforted and the hungry are always filled.

So, our lives have to be changed. It’s not just conversion, it’s discipleship; not just individual faith, but Christian unity; not merely forgiveness of sins, but a brand new creation! Jesus’ challenge is not, “How can I have a more meaningful life?” It’s “How can I get my life aligned with God’s will for the world?”

The way Jesus acted, the way he thought, the way he behaved is not how we get into the Kingdom. It’s not “Behave this way and perform all this really well and someday you’ll be worthy to enter the Kingdom of God.” No! Jesus’ life, death, and resurrection says that God’s Kingdom has come to us and is coming among us. Right here, right now, today! So, wake up and live in the light of these new facts of life!

Sometimes we’ll hear people say, “Forgiveness is noble, up to a point, as long as you’re realistic about its limits.” Or, “Prayer can be powerful, but sometimes you just have to face the facts.” Hey, for those of us who have been given the eyes to see the coming of God’s Kingdom, God’s promised victory is an accomplished fact! It is the true reality!

So, we must live it right now. Not like the world lives — no, just the opposite. Like Jesus lives. Unconditional love, unlimited forgiveness, sacrificial service, never violence or threat, always peace and joy. Not so that we’re doormats for the world. No, that’s living and thinking in the wrong reality, the reality that’s being conquered and taken over, fading away. We live in mercy and love actually as a way of taking charge of the world in the name and manner of our Lord, joining the revolution, living in and practicing the great turnaround toward the ultimate reality that one day will be trumpeted as:

“The kingdom of the world has become the Kingdom of our Lord and of his Christ,
and he will reign for ever and ever!” ~Revelation 11:15

Confidence to live every day like Jesus in the world he rules comes from conviction. The problem is, we’re not convinced of the truth of our own good news. We’re too inattentive, too distracted. What Jesus shows us about the Kingdom of God should dramatically impact us. We must give attention to his rule. We must be defined by it. We must solve our problems by applying it.

We think the church is a place that puts on services. Please, come on! God is sovereign and Jesus is Lord and the Holy Spirit lives among us and the powers of the world are in big trouble! This is the truth! This is the reality! And we are called to re-order everything to live into it.