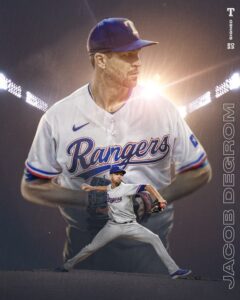 The biggest sports news of my weekend wasn’t that TCU qualified for the four-team college football playoff or that the Cowboys scored a franchise record 33-points in the fourth quarter to complete a blowout of the Colts. The truly earth-shattering, universe-altering, mind-blowing, euphoria-inducing news came down late Friday evening: Jacob deGrom has signed with the Texas Rangers!

deGrom is the best pitcher in Major League Baseball. And he is a Ranger. The 34-year-old, two-time Cy Young Award winner signed a five-year, $185-million free agent contract to pitch in Arlington after a couple of Zoom meetings with GM Chris Young and new Texas skipper Bruce Bochy. What a coup! deGrom brings that 98-mph heater and a winning clubhouse presence to a team that, finally, is making a serious push to win a World Series.

Last offseason it was Corey Seager and Marcus Semien in a remake of the middle infield. Last month it was pulling Bochy out of retirement to manage. They’ve also retained All-Star Martin Perez and traded for Jake Odorizzi. They’ve got top fifty prospects Jack Leiter, Kumar Rocker, and Owen White probably one year away from starting at the MLB level. This team is ready right now to compete in the AL West and should be in the mix for a run or two at the World Series starting in 2024.

Yes, this is exciting. This is bigger than the record-smashing signing of Alex Rodriguez back in the day. The Rangers have a legitimate World Series winning manager, a General Manager who’s been given an open checkbook by ownership, and now they have the best pitcher in the game at the front of the rotation. 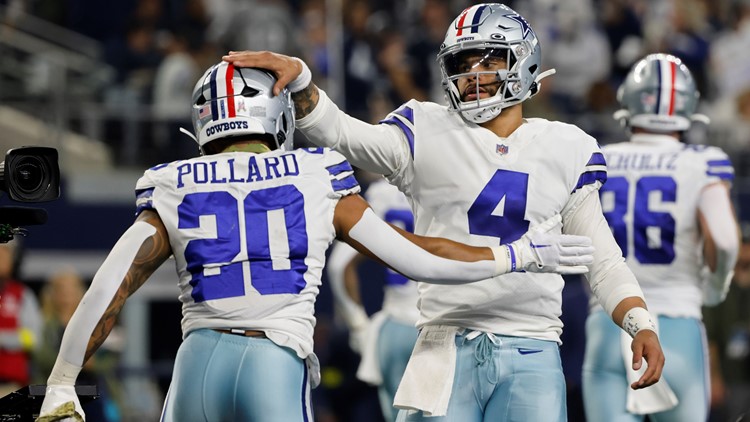 Concerning the Cowboys: don’t get too happy about a 54-19 win over the hapless Colts. Remember that the Indy coach, Jeff Saturday, had never coached football at any level before they pulled him out of the ESPN studios last month. Quarterback Matt Ryan looks like he should have retired a couple of years ago. This is a mess of a team – they’re terrible.

Ryan and the Colts turned the ball over four times in that last quarter which led to the most lopsided fourth quarter in the NFL since 1925. But after three quarters at home against one of the worst, mismanaged, dysfunctional teams in the league, Dallas was only up 21-19.

Alabama football fans, you need to sit down and be quiet. You know who you are. Stop it. The Crimson Tide didn’t have anything taken away from them when they failed to make the college football playoffs. They haven’t been ripped off in any way. They simply do not deserve to be playing for a national championship.

If you’re going to be one of the top four teams in the country, you have to be one of the top two teams in your own conference, and Alabama is not. They didn’t even qualify for their own conference championship game. They lost two games. Their best win is a one-point victory over Texas on the last play of the game. TCU beat five ranked opponents this season while going 12-0, including a seven-point win against those same Longhorns on that same field. TCU played in their conference championship game and lost by a field goal in overtime, after being stopped at the goal line on a fourth down run from the one. TCU beat everybody they played this year, having defeated K-State in the regular season by ten in the regular season.

And don’t give me the line that Alabama deserves it over TCU because if those two teams lined up against each other today, ‘Bama would be favored by a lot. Championships aren’t won in Las Vegas; they are won on the football field. And TCU did much more between the lines than Alabama this year.