Take Me Out to the Ballgame

More than 300 of us from the Golf Course Road Church are enjoying GCR night at the ballpark this evening as our local team takes on the Springfield Cardinals. The weather forecast has been downgraded to the upper 90s instead of 103-degrees, and there’s even a slight chance for some rain – perfect for an all-you-can-eat picnic at the stadium and a ballgame with family and friends.

It’s going to be all GCR all night long for everyone in attendance.  Our church worship team is going to perform the national anthem. Jase Owen is going to yell “Play ball!” on the big screen to get us started. I’m going to throw out the ceremonial first pitch, wearing a GCR T-shirt and praying to the Lord I can throw it 60-feet-6-inches and relatively straight. Some of our church elders will be participating in the on-field in-between-innings promotional events like the sack race and the steal third base race, leaving the dizzy bat race and other of the more risky events to folks like Jennifer Crawford and Bryce Williams.

Baseball season has begun and the Rangers have a cool new logo to promote this as their 50th Anniversary Season. I love the logo because it incorporates the old cowboy hat from their very first logo in 1972, still my favorite Rangers logo of all time. Never mind that this is the Rangers’ 51st season – the Cowboys pulled the same math miscalculation in 2010 with their 50th anniversary patch during their 51st season, and nobody seems to care. It’s a neat little design that highlights a milestone moment for a beloved baseball team.

And it’s probably going to be the highlight of the season.

I watch and cheer for the Rangers mostly out of duty. They’re my team. I’ve been with them for all fifty years. Rooting for the red dot in three stadiums. “It’s baseball time in Texas!” Sunny, Pudge, and Chad Krueter. Feliz versus A-Rod. Nellie Cruz’s drop. Chan Ho Park. Expectations are low and nobody gets hurt. It’s an obligation for me. There’s not a ton of joy.

Over the past couple of months, I have become really excited for the Mavericks and their sure-to-be deep playoff run that starts this weekend. They have the second best record in the NBA since January 1 and they’re playing as well as anybody in the league. They’ve secured home court advantage for the opening round of the postseason for the first time since they won it all back in 2011. And they’re not facing the Clippers! I’ve been enthusiastically following this team and looking forward to these playoffs for weeks.

But Luka strained his calf in the second half of the season finale Sunday night and he’s questionable for Saturday’s tip-off against the Jazz. If he can’t go, this is a quick series and it’s one-and-done, again, for the little Mavericks. That excitement is now gone.

The Stars are barely hanging on, backing into their NHL playoff spot via the wild card. Hard to get too excited about that. 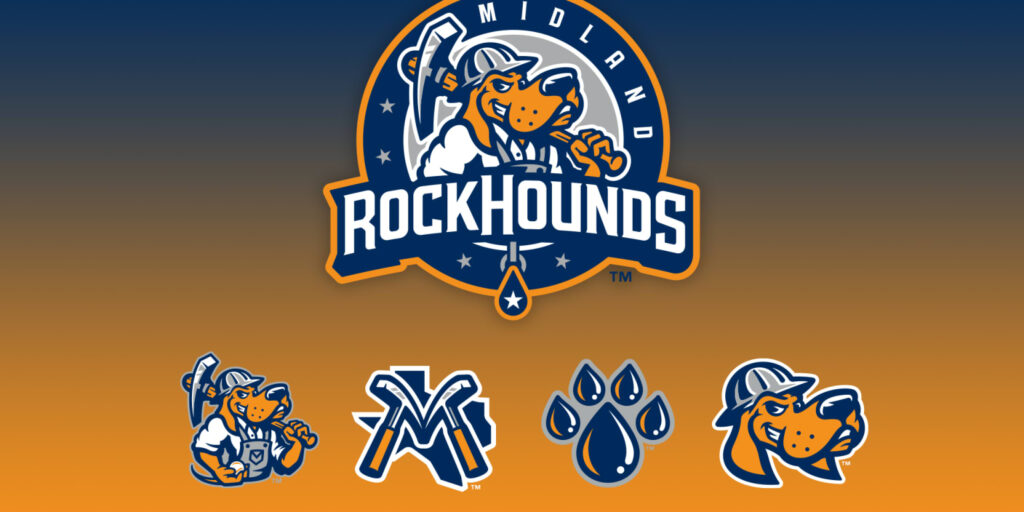 My sports hope this spring and summer is in the Midland RockHounds. They will be my sports joy. The AA affiliate of the Oakland A’s and our new hometown team plays their home opener tonight against Corpus Christi and we’re there. They are also celebrating their 50th anniversary season with updated logos, featuring a more anatomically correct Rocky the Hound and including a cool paw print made up of five drops of oil. They’re off to a 2-1 start after opening the season on the road in Amarillo, atop the standings in the Texas League South Division.

We show up early, we wear the gear, we cheer for the players by first name, we toss dollar bills when they hit homeruns, and we always have a great time. I can get pretty excited about that. 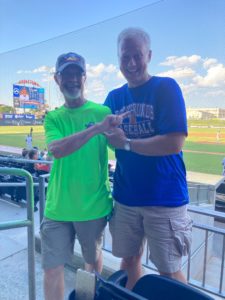