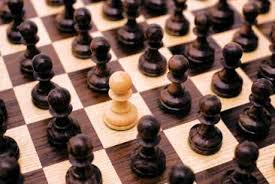 I think Scripture teaches that men and women of God are going to have those feelings quite often. It’s stated very matter-of-factly in the Bible. If you’re walking in the light as a child of God, it’s going to seem sometimes like you’re all by yourself.

Everybody except these three young boys who told the king, “The God we serve is able to save us, and he will rescue us from your hand, O king. But even if he does not, we want you to know, O king, that we will not serve your gods or worship the image of gold” (Daniel 3:17-18).

Once the three men are delivered by God, it’s interesting to me that the “satraps, prefects, governors, and royal advisors” gathered around the furnace and were commanded by the king to praise the God of Israel (Daniel 3:27-28) and that “people of every nation or language” were also warned to speak well of our God (Daniel 3:29).

The story reminds me that some day every knee will bow and every tongue will confess the Lordship of our God in Christ. It’s going to happen. This world that stands opposed to you will recognize our God some day. You’re on the right team. You serve the Almighty God. He will rescue you. And you will be rewarded for your faithfulness to him.

In the words of the true and reigning King of the Universe, “In this world you will have trouble. But take heart! I have overcome the world!”