Little Bear in the Big Apple 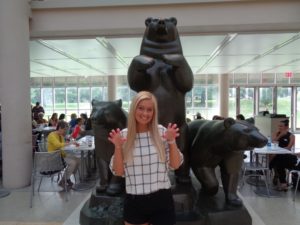 We told all three daughters years ago that during the summer after their high school graduations we would take each of them for a week long vacation anywhere they want to go in the contiguous United States. Our third daughter just graduated and we just took our third trip to New York City.

Of course, the trips have all been really different. Whitney scheduled hers around a four-game Rangers-Yankees series at Yankee Stadium. Valerie just wanted to see a lot of Broadway shows. And Carley this past week wanted to spend most of her time at The Met, Central Park, and shopping on Fifth Avenue.

Carrie-Anne and Carley and I rode a lot of trains and walked a lot of miles. Over the Brooklyn Bridge and back on our first night in town with a giant New York style pizza at Juliana’s in-between. Throwing up the Delta with the Wall Street bull. We strolled the unique High Line park and ate at the Hard Rock Café in Times Square. We saw Wicked and the Lion King, took in medieval paintings and 3,000-year-old sculptures at The Metropolitan Museum, learned how to really jaywalk, and got to know Grand Central Station like the backs of our hands. 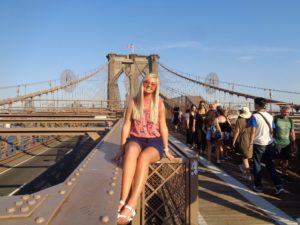 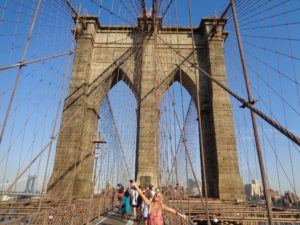 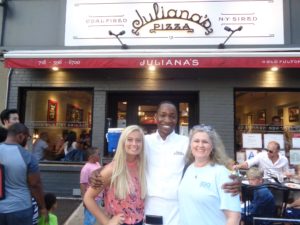 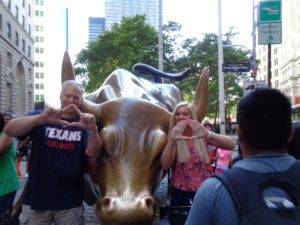 And, of course, we tracked down the Seinfeld diner. It’s not Monk’s; it’s Tom’s Restaurant. But we had breakfast there and took a lot of pictures and traded a lot of one-liners from our favorite sitcom. We also found the Friends fountain in Central Park. I was a little underwhelmed — I thought there’d be more water. 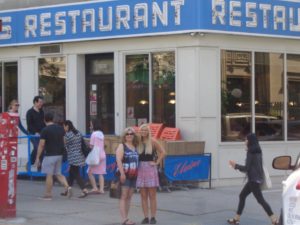 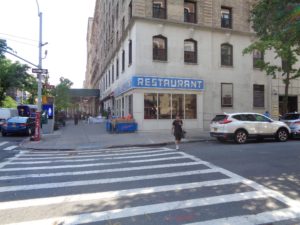 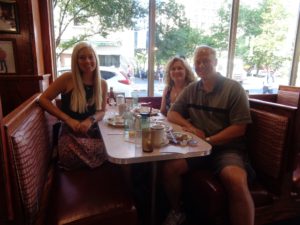 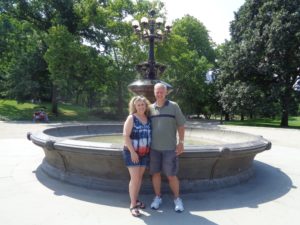 We toured Rockefeller Center from the top down, shopped at Chelsea Market where Carley found a vintage Aerosmith concert T-shirt, gasped at the price of diamond jewelry at Tiffany’s, and marveled at a twelve-foot T-Rex made of Coach purses and bags. We cheered for the Broadway wannabes at Ellen’s Stardust Diner and saw the famous Naked Cowboy from a distance. 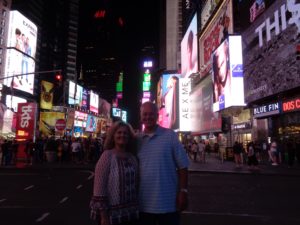 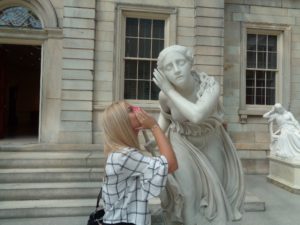 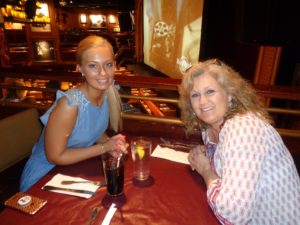 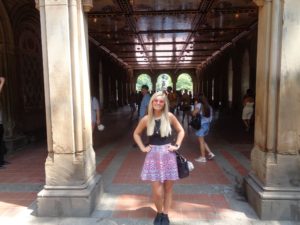 The people are not nearly as friendly and you really have to apply yourself to locate a Dr Pepper. But New York City is a wonderful place to visit. It’s impossible to run out of things to do or see, whether people-watching in the train stations, staring at Picassos in the Met, or meandering through a nearly 300-year-old cemetery. We went hard from early in the morning until late every night and had an absolute ball.  And when our plane landed in Amarillo at 12-noon on Saturday, we got to Abuelo’s as fast as we could for that one thing you certainly cannot find in New York.