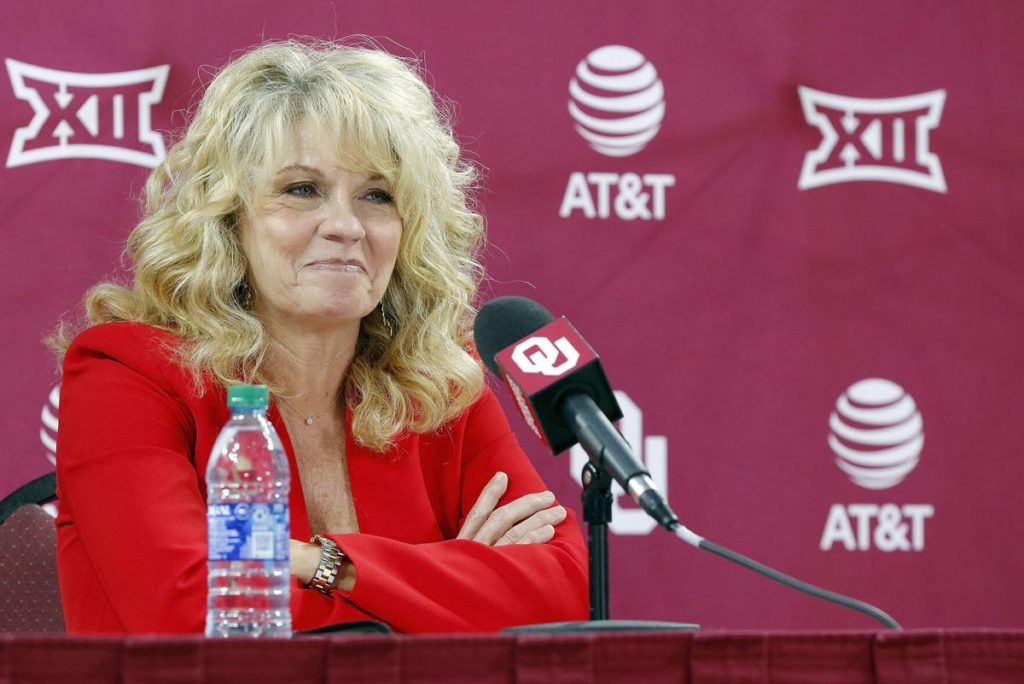 Sherri Coale, the legendary women’s basketball coach at the University of Oklahoma, has announced her retirement after an incredible 25-year run. Coale is the story today. But the point of this post is to direct your attention to me and to my admittedly loose connection to this rock star of a hoops coach.

Sherri Coale was Sherri Buben when we were in college together at Oklahoma Christian University. She played point guard for the nationally ranked Lady Eagles basketball team, winning Sooner Athletic Conference championships and competing for NAIA regional and national titles. She was a relentless competitor, a fiery defender, a fearless driver of the lane, and she saw absolutely everything on the court. She was a leader in every aspect of the word. 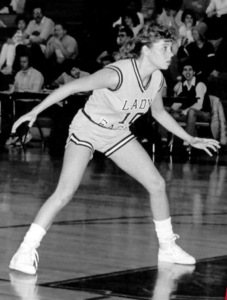 Sherri was two years ahead of me in school. By the time I became Sports Director at KOCC and began handling the play-by-play for OC sports, I was a sophomore and Sherri was a senior. We didn’t know each other very well at all. But I was on the sidelines and voiced the call for every single dribble, drive, and shot of Sherri’s spectacular senior season. In this picture of Sherri that OC likes to use, you can see me in the background on the left at center court. That’s little 20-year-old Allan calling OC basketball at the Eagles Nest. Sherri looks like she’s about to steal an in-bounds pass or take a charge. I look like I’m about to miss it.

Sherri had coached Norman High School to a couple of 6A state championships when OU came calling. The Sooners women’s basketball team had been famously abolished six years earlier for a lack of wins, a lack of players, and a lack of any real interest. She took the gig as an incredible underdog and quickly rose to the pinnacle of the sport, guiding OU to the national championship game in 2002. All told, Sherri recruited, promoted, and coached OU to 19 national tournament appearances, three Final Fours, six Big XII regular season championships, and four conference tournament titles. She and her long-time OC teammate, friend, and assistant coach Jan Ross coached 14 WNBA draft picks at OU, including six first-rounders. And Sherri was inducted into the Basketball Hall of Fame in 2016.

It was a thrill for me to run into Sherri once 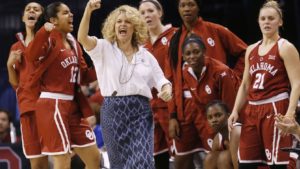 or twice a year while I was Sports Director at KRLD in Dallas. Back then the Big XII women’s tournament was held at Reunion Arena and I would make it a point to attend at least a couple of their games. It was cool to walk across the floor and greet Sherri and Jan while their team was warming up. Again, we don’t know each other very well at all. But we had the OC connection and we both were genuinely pleased with the other’s career successes.

Congratulations, Sherri. I’m very happy for you and proud of all you’ve accomplished. You’ve positively impacted each of the hundreds of young ladies you’ve coached and the countless numbers of others who watch you from afar. You are to be commended for the positive Christ-like influence you have on everyone you meet. I don’t know what’s next for you, but your spirited grit and determination make anything possible.