What do Dak Prescott and Quincy Carter have in common? Well, going back to the end of last season, Dak has thrown for under 200 yards passing in each of the past five Cowboys games. The last time a Cowboys quarterback threw for fewer than 200 yards in five straight games was in 2003. That quarterback was Quincy Carter.

Not only has Dak not broken the 200 yard mark in five consecutive games, he hasn’t done it in nine of the past eleven games.

It’s not unfair to wonder if this Dallas offense is the worst in the league. Through three games the Cowboys are averaging 13.6 points and only 277 total yards of offense. Dak is averaging 145 yards passing per game, they’re converting less than 24-percent of their third downs, they’ve scored a total of just four touchdowns in those three games, and they’ve given up eleven sacks.

The Giants game was a fluke, not the opener in Carolina or last night’s sluggish loss in Seattle.

The offensive line is missing a piece or two and is nowhere near the “best line in the NFL” from a couple of seasons ago. Jason Witten is gone and Rico can’t even get on the field. You’re not going to win many games if Cole Beasley is your number one receiver. And if the running game’s not going, the passing game will never get out of the driveway. Scott Linehan has proven to be less than creative as an offensive coordinator and Jason Garrett’s never been known for making in-game adjustments. But the glaring thing, to me, is Dak Prescott. He’s not as good as we thought he was two seasons ago. 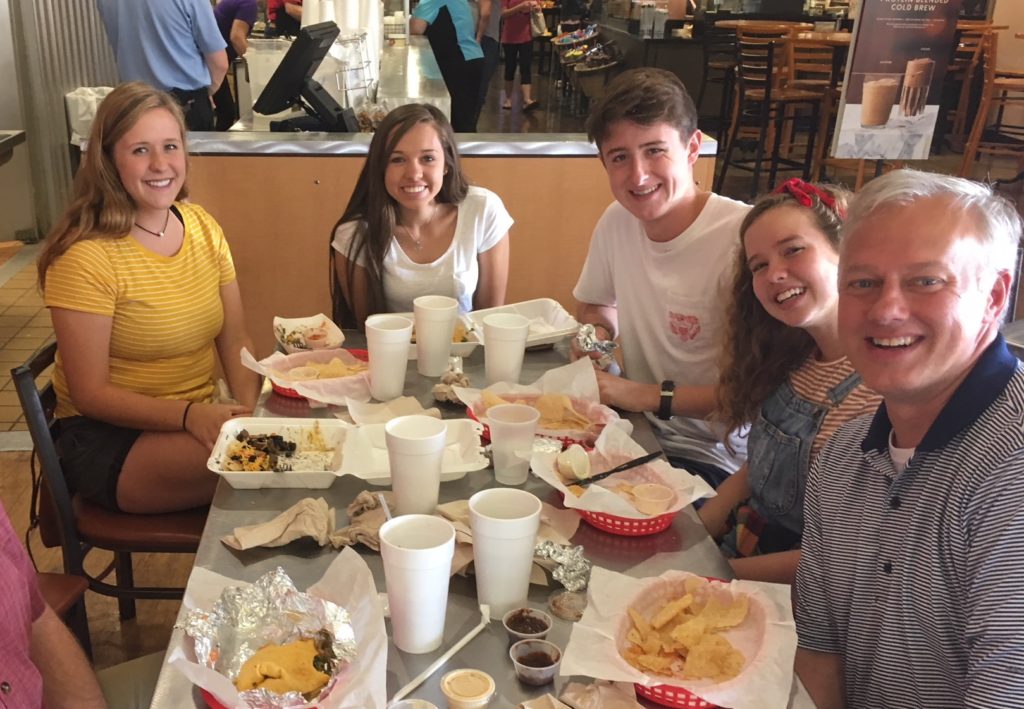 A highlight of the annual ACU Summit for me is taking the Central students out for Sharkey’s burritos. Greg Dowell and I were blessed to share lunch last Monday with Chelsea, Josh, Kathryn, and Brooke. We talked together about their favorite teachers, their hot dates, and their parking stickers. We marveled at Chelsea’s double-major class load, Brooke’s landlording responsibilities, Kathryn’s enterprising creativity, and Josh’s unfortunate lime incident. And we shamelessly compared the Abilene Sharkey’s unfavorably to the Amarillo Sharkey’s. I’m so grateful that all it takes is a cheap lunch to get these kids to hang out with us for an hour.

We drove to OKC this past weekend to see Carley for the first time since she started classes at OC five weeks ago. She was performing in the school’s Freshmen Fanfare, something OC does, I think, to appease the freshmen who have to wait until they’re sophomores to pledge a club. As expected, Carley was super-animated, over-the-top with her Spring Sing face and her tasteful choreography. We didn’t see much of Valerie — she was training and working double weekend shifts at her new job, Ted’s Cafe Escondido! (Our whole family is so proud! Ted’s! A colossal achievement!) But we got to chill with the Bear, check in with her roommate, and meet some of her new friends. We also learned that Randy Roper’s kid can sing. Who knew?