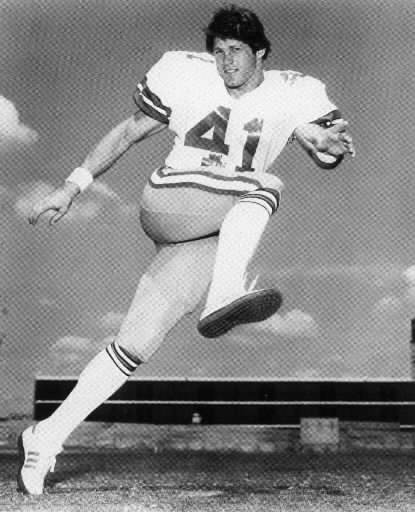 I received an email last week that began “Dear Allan, my name is Stephen Spacek, I am the nephew of actor Sissy Spacek and live in Austin, Texas.” That’s a weird email, yes? Completely out of left field. I half expected the next line to mention that Stephen had been abducted in Columbia or Ghana and if I would send him $100 he would be released and then send me $10,000. Something like that. But, no, Stephen is asking me to sign and circulate a change.org petition to Jerry Wayne asking the Cowboys owner to induct Charlie Waters into the Dallas Cowboys Ring of Honor.

Here’s a link to the petition:

This page is to circulate a petition for Cowboys fans to sign to induct LEGEND CHARLIE WATERS. PLEASE SHARE WITH ALL…

Mr. Spacek is a longtime friend of Charlie’s and found a few things I’ve written about Charlie on my blog — that dude’s doing some deep diving on Google! I’ve signed the petition this morning. Jerry doesn’t deserve the respectful request that this petition represents, but if it’s for Charlie Waters, I’m all for it.

Charlie played safety for the Cowboys from 1970-1981, missing only the 1979 season, Roger Staubach’s last year, with a knee injury. It was during Staubach’s last regular season game, with Waters doing the radio analysis with Brad Sham, when the Cowboys made up TWO 17-point deficits to beat the Redskins 35-34 on a last second pass to Tony Hill, that Charlie kept saying over and over, “Ya gotta believe!”

During his eleven-year career, Waters and the Cowboys played in nine NFC Championship Games and five Super Bowls. His 50 career interceptions rank second all-time for Dallas, his 584 return yards are second most in Cowboys history, and his nine playoff picks are still an NFL record. 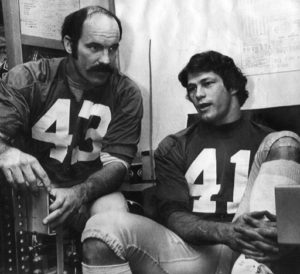 His running mate, strong safety Cliff Harris, was inducted into the Ring of Honor back in 2004. Why they were not inducted together, I’ll never know. The two are inseparable. Charlie played two more years than Cliff, providing veteran leadership and leading the transition to that next generation of Cowboys DBs — “Charlie’s Angels” — Everson Walls and Michael Downs and Dennis Thurman. Putting Charlie in now would right a horrible injustice.

Putting Charlie in now might also be a great way to kick start some kind of revolt or revolution. A Ring of Honor ceremony recognizing and celebrating an accomplished team-player like Charlie and the legacy of an organization that for 35-years dominated the win column and won the hearts of fans around the globe might embarrass Jerry Wayne enough to sell the team to somebody who might have a clue about running an NFL football club. Jerry is presiding over the longest drought — by far! — of divisional playoff wins and Super Bowl appearances in Cowboys history. And I’ve seen nothing since 1996 that makes me think it’s going to end. A ceremony recognizing the rightful place of Charlie Waters in Cowboys history seems to be the very least of what Jerry could do for Cowboys fans. History is all we’ve got. Let us remember together. It might momentarily relieve the taste of bile from the backs of our collective throats. 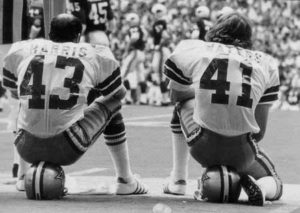 Either way, let’s all remember Charlie Waters together today: a hard-nosed, team-first, community-minded, play-making winner who represents what we all use to love about this terrible team.