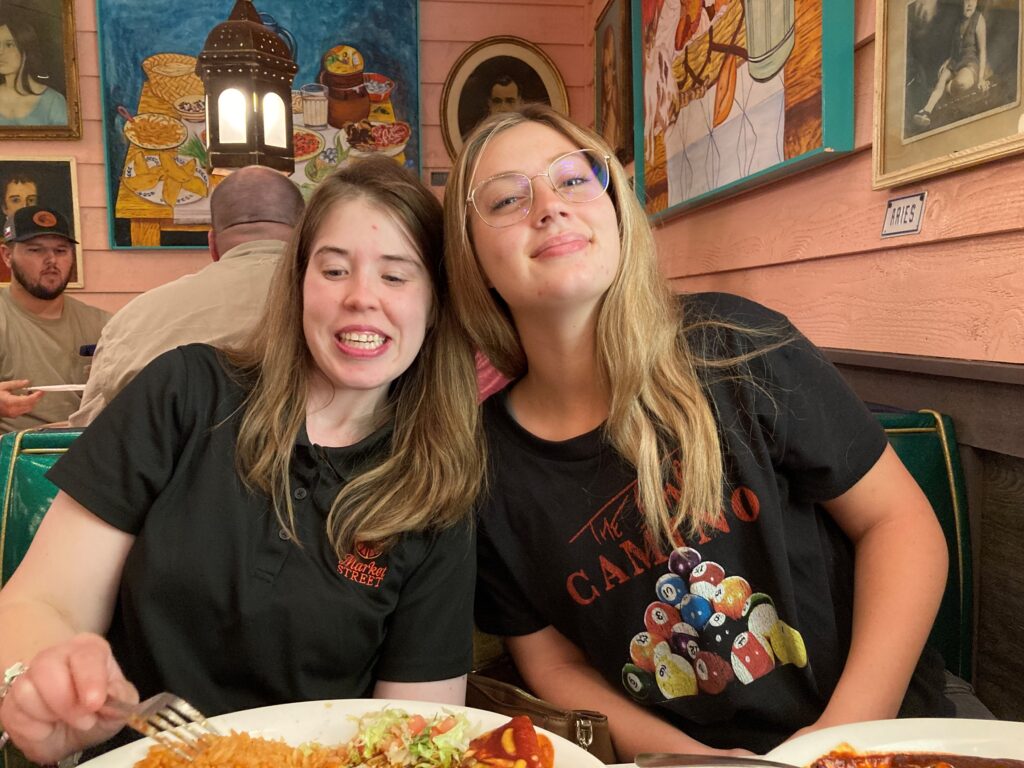 We celebrated the grand opening of the Midland Chuy’s last night and it was fabulous! Yes, every person in the world will tell you never to go to a restaurant during their opening month, much less their very first day. But we ignore that advice when it’s the opening of our very own Chuy’s. Yes, we waited in line for a solid hour to get our table, and it took another ten minutes before we saw a tortilla chip. But we love the excitement and the anxiety, the thrill and the nerves of that first day. We love the surprise of exploring all the unique art work and decorations. A portrait of Queen Elizabeth in a sequined, high-collared, Elvis jumpsuit? Of course! 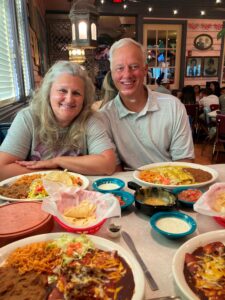 The place was packed with a mix of curious folks who had never eaten at Chuy’s before and more seasoned folks, like us, who’ve been eating at Chuy’s for decades and have been anticipating this Midland store with great joy since it was announced during the winter. There were managers from Lubbock and Amarillo there to oversee a service crew that was still trying to get everything figured out. How do you close these blinds to block out the west sun? Do we charge for tortillas or not? Our poor server was raw and maybe a little overwhelmed. She brought us five drinks for our party of four and admitted she’s never eaten at a Chuy’s before. But it was all part of the fun. It’s a blast to be in the middle of a crew trying to do something together for the first time. They’re running around like chickens with their heads cut off and we’re trying to encourage them and keep them going.

C-A got her tacos. I got my Chicka-Chicka-Boom-Boom, the most perfect chicken enchilada in Texas. The girls got their cheese enchiladas. And we were extremely complimentary to the servers and the managers and wished everybody great luck as we left.

If I think about it honestly, Chuy’s is probably more nostalgic for me than anything else. When we lived in Marble Falls during the early years of our marriage, driving to Austin and eating at the original Chuy’s on Barton Springs Road was a real treat for Carrie-Anne and me. My Austin Grad seminary running buddies Charlie, Brooke, and Cynthia and I would open each new semester together with a fun lunch at the newer location on Lamar. Annual sermon seminars in Austin always include at least one loud dinner at Chuy’s with people I love but don’t see very often. And it’s always been our go-to Tex-Mex when we visit my brother Keith and his family in the capital city.

Now, finally, we have a location here in Midland. If we can only write enough letters and sign enough petitions to force them to bring back the green chili rice, it’ll be perfect. 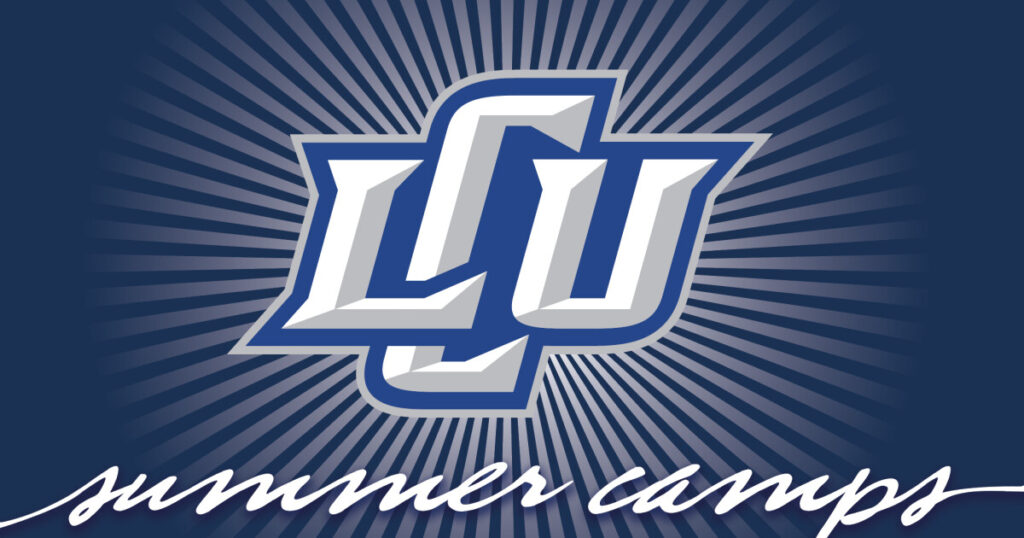 I’m unbelievably honored to be delivering the keynote this evening for LCU’s Encounter. And a little terrified. Teenagers don’t fake it with a speaker.

Old people? They’ll fake it. If they’re bored out of their minds, if they’re not getting anything out of the lesson, older people will still sit there and pretend like it’s fine. God’s watching. Somebody’s watching. Older people act like they’re listening.

But not teenagers. If they don’t like it, I’m going to know and everybody in the whole room is going to know. Teenagers will lay down in the floor and go to sleep – they don’t care! They’ll start scrolling through their phones. They’ll start talking to each other, they’ll get up and start walking around the room, ordering cheese fries. I’ll know. It’s so scary.

Quote of the day from a wonderful hermeneutics session at the Initiative in Dallas:

“Nobody goes to church to learn what happened with the Jebusites.” ~Anna Carter Florence (quoting Harry Emerson Fosdick, I think)

Quote of the day from the Initiative, an annual gathering of preachers in Dallas:

“Competence is important, but not as important as character and integrity and relationships.” ~Jim Martin

Quote of the day from this evening’s opening session of the seventh annual Initiative, a Church of Christ preachers’ conference at the Highland Oaks CofC in Dallas:

“We must have more confidence in the God who called us than in the human power structures and organized religious and political systems that sometimes oppose us.” ~Jerry Taylor 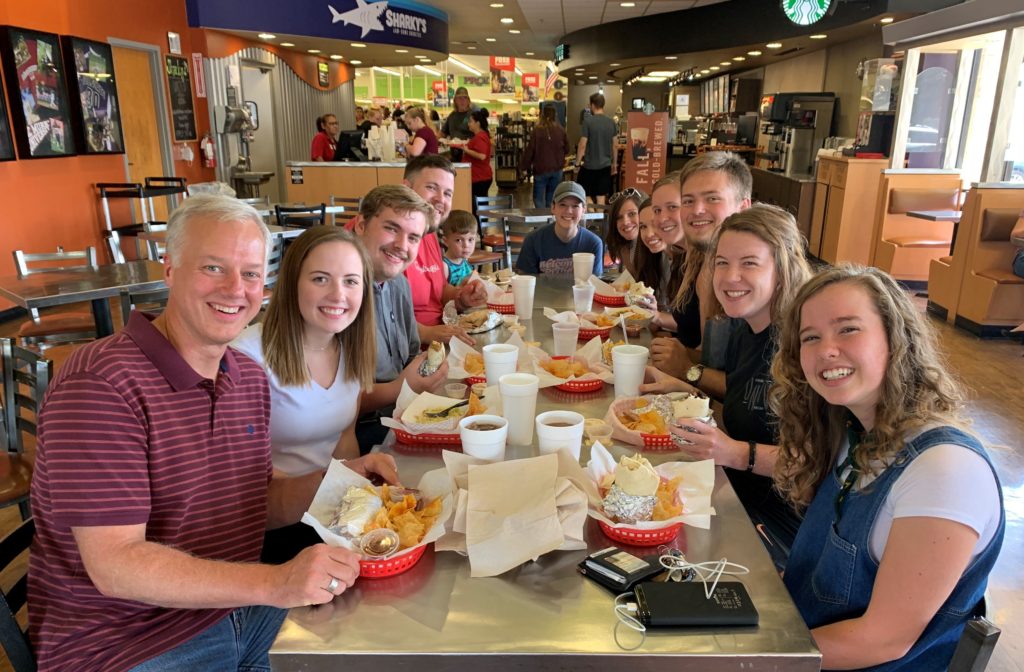 It’s a tradition for me and whoever’s with me from our church staff attending the annual ACU Summit / Lectureship to take the Central kids at Abilene Christian University out to lunch. That day was yesterday and Mary and Josh J and I were so blessed to be able to spend that hour at a table with seven fantastic young people in our church family.

What a great honor that these college students will actually sit down to lunch with us. And, yeah, we had a blast. Talking to Chelsea about her Bible classes, asking Audrey (an honorary Central member) about the color of her armpit hair, hearing Grant describe Freshmen Follies, learning about Brooke’s post-graduation plans in New York City, meeting Kathryn’s boyfriend, finding out what Josh S does on his Tuesdays and Thursdays, and marveling at Chloe’s study habits — we had so much fun.

The only one who couldn’t make the lunch was Josh D. He has a noon class on Tuesdays. I urged him to skip the class — it’s just a daily quiz; it’s just Statistics — but he wouldn’t take the bait. We had already reconnected Sunday night when he threw a water balloon at me in the University Church of Christ parking lot. Of course, my cat-like agility prevented my getting soaked. Still, it was a good thing for him I was in my church shoes. If I had needed to, there’s no way I could have chased him down.

The Sharkey’s in Abilene isn’t nearly as good as the one in Amarillo. Unless you’re eating and laughing with these great kids in whom and through whom our Lord is powerfully at work. God bless ’em.

“Your hearers want your exegesis to be like your underwear: they assume it’s there, but they don’t want to see it.” ~ Allen Black