Your Presence is Here 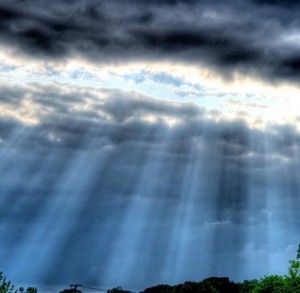 Why is it that I think I must get somewhere, assume some position, be gathered together, or separated apart in the quiet of my study to pray?

Why is it that I feel that I have to go somewhere or do some particular act to find you, reach you, and talk with you?

Your presence is here – in the city, on the busy bus, in the factory, in the cockpit of the airplane; in the hospital, in the patients’ rooms, in the intensive care unit, in the waiting room; in the home, at dinner, in the bedroom, in the family room, at my workbench; in the car, in the parking lot, at the stoplight.

May your presence fill the non-answers, empty glances, and lonely times of my life.

~From A Thirty-Day Experiment in Prayer, by Robert Wood 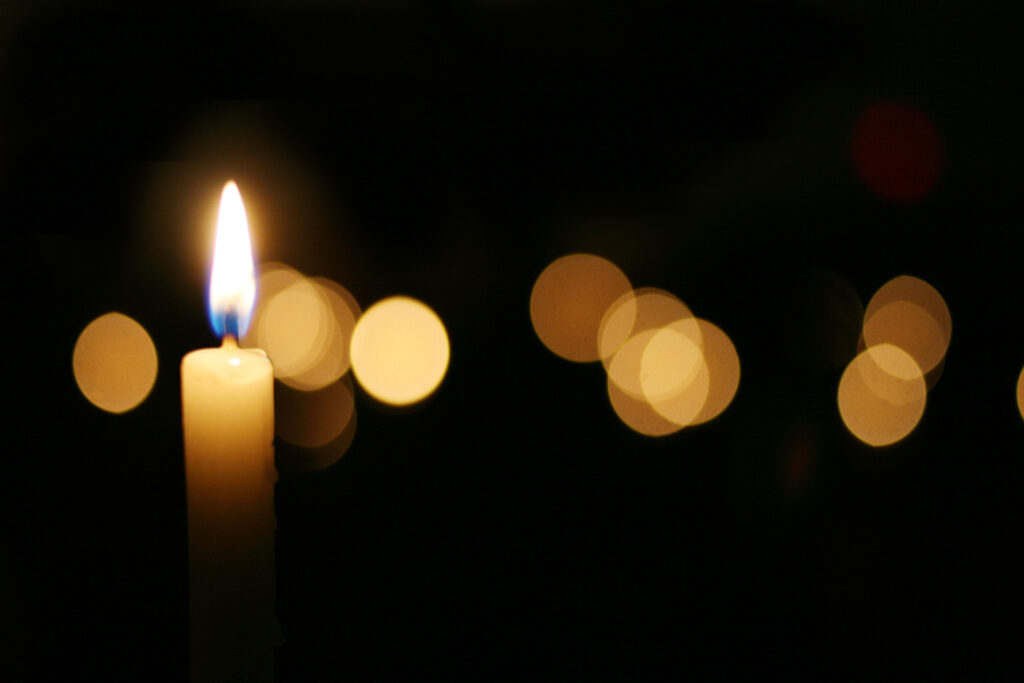 A word to our Golf Course Road congregation here in Midland as we commit to more of the ancient traditions like dwelling in the word, lectio divina, praying Scripture, borrowed prayers, imaginative reading, and memorizing and reciting the Bible. These spiritual disciplines give us a variety of tried and true ways to engage our God through Word and Prayer. These are the well-worn paths to experiencing Scripture and prayer with all our senses, not just our brains and intellect. I’m excited for us to read and pray together with our hearts and emotions, too.

As we get into this, be aware that a lot of people who talk and write about spirituality and being spiritual do so in terms of silence and solitude. That’s the focus, the general theme that runs through all of it. Some people who talk about Christian practices and write about spiritual disciplines seem to value silence and solitude above all other practices. They value silence over sound. They value solitude over community. They prioritize the authority of tradition over the challenge of freedom and prize predictability and rule over spontaneity and experiments.

I would suggest a balance.

I would invite you to try all of it, to experiment with a variety of ancient Christian practices and new Christian ways of paying attention to what God is doing in your life. You don’t have to be an expert in any of them or in all of them. I would only suggest that we value all of these practices and explore them together as important places where God is at work.

O, Lord my God, I believe in you, Father, Son, and Holy Spirit.

Insofar as I can, insofar as you have given me the power, I have sought you.
I became weary and I labored.

O, Lord my God, my Sole Hope, help me to believe and never to cease seeking you.

Grant that I may always and ardently seek out your countenance.

Give me the strength to seek you, for you help me to find you,
and you have more and more given me the hope of finding you.

Here I am before you with my firmness and my infirmity;
preserve the first and heal the second.

Enable me to remember you, to understand you, and to love you.

O God, gather me now
to be with you
as you are with me.

Soothe my tiredness;
quiet my fretfulness;
curb my aimlessness;
relieve my compulsiveness;
let me be easy for a moment.

O Lord, release me from the fears and guilts which grip me so tightly;
from the expectations and opinions which I so tightly grip;
that I may be open to receiving what you give,
to risking something genuinely new,
to learning something refreshingly different.

O  God, gather me now
to be with you
as you are with me. 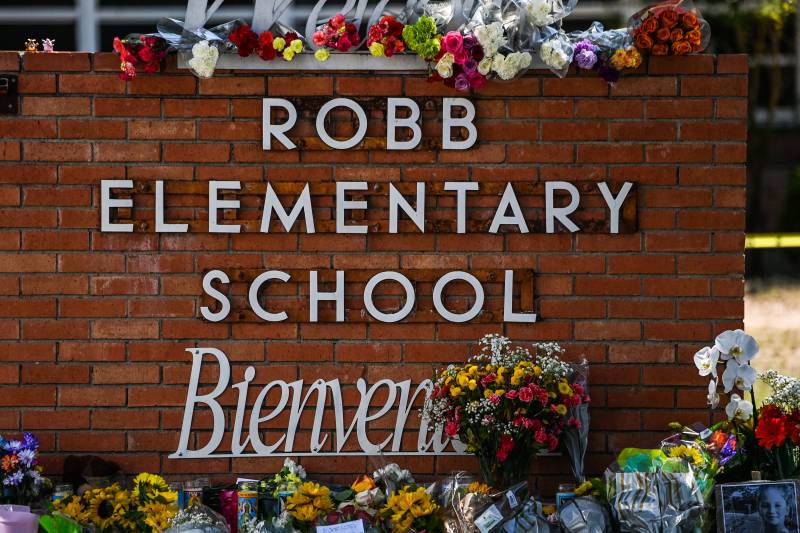 I’m finding it helpful and even calming right now to pray with Habakkuk:

How long, O Lord, must I call for help, but you do not listen?
Or cry to you, “Violence!” but you do not save?
Why do you make me look at injustice?
Why do you tolerate wrong?
Destruction and violence are ever before me;
there is strife, and conflict abounds.
Therefore, the law is paralyzed, and justice never prevails.
The wicked hem in the righteous, so that justice is perverted.

More Than Prayers for Uvalde 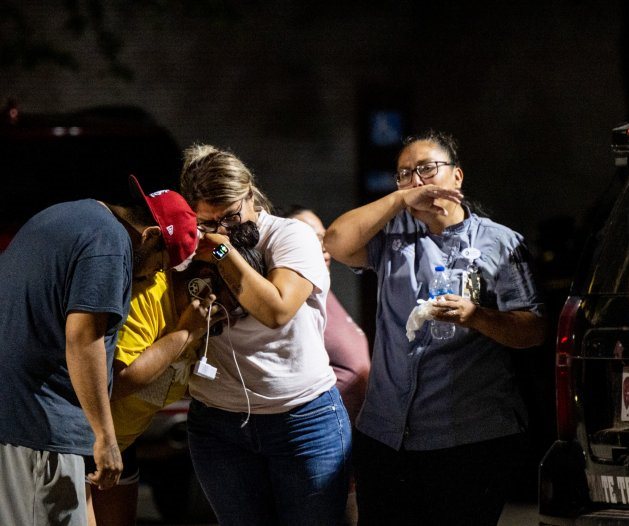 Thoughts and prayers are good. But they are not enough. If all we offer are thoughts and prayers in the wake of yesterday’s horrific slaughter of 19 seven-to-eleven-year-old children and two elementary school teachers in Uvalde, we are right to be criticized for our hypocrisy and have no one to blame but ourselves for turning people off to Christianity.

We have to offer something more than prayers. If all we do is pray, we’re not really Christians.

When we pray to God, we pray in the name of our Lord Jesus. And we are ordained by God’s Holy Spirit to act as our Lord’s body – his representatives, his ambassadors – on this earth. We are the Body of Christ and it’s on us, Christians, to do something. That’s how prayer works. We ask God for the boldness, courage, and power to do what needs to be done. And then, by his grace, we do it.

I think about Jesus telling his disciples to pray for workers. In Matthew 9 and Luke 10 he tells his followers, “The harvest is plentiful, but the workers are few. Ask the Lord of the harvest, therefore, to send out workers into his harvest field.” And then the very next word is, “Go!” Jesus says in the very next verse, “Go! I am sending you!”

Pray for God to raise up workers. Oh, by the way, YOU are the workers!

I think about the inspiring prayer at the end of Ephesians 3. The apostle Paul prays to our God who, yes, “is able to do immeasurably more than all we ask or imagine.” But how does God accomplish his will? How does God work in the world? “…according to his power that is at work within us!”

Ronald Rolheiser, in his book The Holy Longing, writes about the Christian’s prayer:

“Not only God in heaven is being petitioned and asked to act. We are also charging ourselves, as part of the Body of Christ, with some responsibility for answering the prayer. To pray as a Christian demands concrete involvement in trying to bring about what is pleaded for in the prayer.”

We must offer more than prayers.

Which brings us to yesterday’s mass shooting, the 27th shooting at a school in the United States this year and the deadliest school shooting in our state. A Uvalde High School student bought two assault rifles on his 18th birthday and murdered 19 second, third, and fourth graders and two teachers inside their classrooms. It is good to pray for the victims of the shooting and their families. It is good to ask our Father to bless that community with his merciful healing, comfort, and peace. It is good to lament the tragedy and it is good to pray for the soul of the shooter and his family. But we’re not praying like Christians if we’re not attempting to do something about the problem.

I understand it seems hopeless. We live in a sick society with a fetish for guns. We drink the water and breathe the air of violence in the U.S. – it’s “our thing.” According to Education Week, there have been 119 school shootings since they started tracking them four years ago. Think about that. A 40-year-old publication dedicated to education matters decided it needed to start keeping a tally on murdered school children. Only in America! There have been 212 mass shootings in this country this year. There are more than 400 million guns in the U.S., with 98% of them in civilian hands, the equivalent of 120 firearms per 100 citizens. One-third of all the civilian guns in the whole world are in the United States. As Lynyrd Skynyrd sang, “Handguns are made for killing; they ain’t no good for nothing else.” And we’ve got more of them here, by a long shot, than anywhere else in the world.

But Christians are a people of peace, not violence. Followers of Jesus are reconcilers, not dividers. What does that look like in your context as it relates to what happened at Robb Elementary school yesterday and what keeps happening almost every day in this country?

I don’t mean these next two paragraphs as prescription, only for discussion and reflection.

If you vote, maybe you cast a ballot for politicians who might change some gun laws. As Golden State Warriors coach Steve Kerr pointed out last night, more than 90% of Americans favor increased background checks, but 50 senators refuse to bring HB8 to the floor for a vote because “they’re afraid of losing their power.” Maybe you stop giving money to organizations that promote the easy access to and proliferation of assault weapons in our cities and neighborhoods. The NRA convention is in Houston the day after tomorrow. Most of our Texas state-wide office holders will be there and a lot of them are featured speakers.

If you don’t vote, maybe you stop going to violent movies. Maybe you destroy your own guns. You might speak against violence when the conversation at work turns to war or crime. Maybe you take the violent and divisive bumper sticker off your truck. Maybe you stop posting and re-posting violent and divisive messages and memes on your social media. If you’re praying for peace in the world, maybe you can start doing something real by forgiving your own enemies in your family or at church, being kind to people who are different from you, reaching out to the lonely and depressed people around you with love and grace and friendship.

Prayers are good. Of course. Always. But Christians must offer more than prayers.