Victory of the Lamb 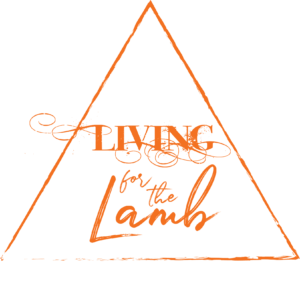 “You are worthy to take the scroll and to open its seals, because you were slain, and with your blood you purchased men and women for God from every tribe and language and people and nation!” ~Revelation 5:9

The Lamb of God has been slain, but he has not been conquered. The Lamb has been killed, but he’s not hurt. The risen and glorious Lord Jesus is holding the world’s salvation in his hands and he is standing — standing victoriously! — in the center of the eternal throne. Because he died. Jesus conquers not by violence, but by humble sacrifice; not by threat, but by suffering; Jesus’ victory comes not through force, but by his willing death.

That’s one of the jokes, right? It’s the irony of the Good News of the Gospel. The Bible calls it the foolishness of the cross: that the sinful structures of this world — the beast — and the evil forces of sin and death and Satan are conquered by a little lamb. This is how God works.

Jesus is King of Kings and Lord of Lords, but he doesn’t reign as a prowling, predatory lion — he’s a Lamb. The Lamb of God is not worthy because he’s divine or because he’s powerful; he is praised by all of creation because he gave his life for all of creation. Christ Jesus is worthy of all worship and glory and honor and praise, he’s worthy of ruling the universe in love and peace, because of his sacrificial death on our behalf.

Because he has purchased people for God with his blood. Not just A People. This is not just a victory for one particular group of people, this isn’t salvation for just one nation or one tribe or even for twelve really special tribes. The Lamb of God shares his victory with men, women, and children from every tribe and every language and every people and every nation! No partiality! No discrimination! Everybody’s invited and nobody’s left out! We are all more than conquerors through the Lamb who loves us! The Suffering Servant who came to seek and save the lost. The humble King who came not to be served, but to serve and to give his life. The Lamb of God who takes away the sin of the world.