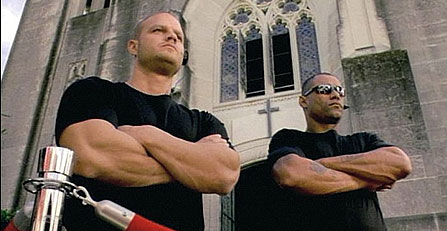 We’re going to get criticized no matter what we do. Our Lord Jesus didn’t do anything non-controversial. The people he touched, the places he went — there were always people talking and griping, somebody always got offended, somebody always fussed.

Jesus starts a spiritual conversation with a Samaritan woman by asking her for a drink and she says, “You’re not even supposed to be talking to me.” Peter knocks on Cornelius’ door and, when the Gentile soldier answers, Peter tells him, “You know, it’s against the law for me to even be here.”

I think Billy Graham said something like: “It is God’s job to judge, it’s the Holy Spirit’s job to convict, it’s our job to love and accept.” But sometimes I think we want to do God’s job. We’re trying to do what only God does.

You and I are not the ones who decide who gets to go to heaven. But sometimes we act like we’re the bouncers at the pearly gates. It’s like we’re standing behind some velvet church rope and checking IDs, letting some people in and kicking others out. We’re not bouncers! We’re ushers! Our God is inviting everybody to his table and we’re ushers, not bouncers. We’re grabbing people by the arm and showing them to their seats that somebody else paid for.