The Only Thing That Counts 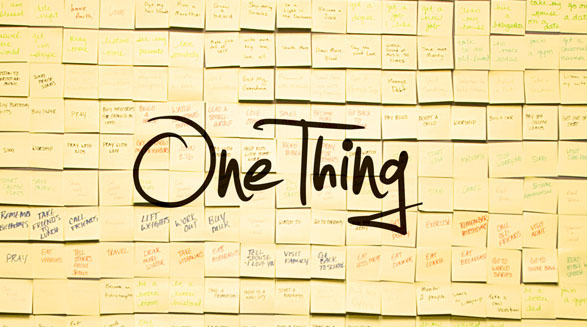 “In Christ Jesus neither circumcision nor uncircumcision has any value. The only thing that counts is faith expressing itself through love.” ~Galatians 5:6

Circumcision? Doesn’t count! Uncircumcision? Who cares? In Christ, none of that stuff has any force. It doesn’t exercise any power. It’s got nothing. Christ Jesus, the crucified and risen Lord, has all power and all authority. He alone saves. So our faith, focus, and attention is only and always on him.

“There is now no condemnation for those who are in Christ Jesus, because through Christ Jesus the law of the Spirit of life set me free from the law of sin and death. For what the law was powerless to do in that it was weakened by the flesh, God did by sending his own Son in the likeness of sinful man to be a sin offering. And so he condemned sin in sinful man, in order that the righteous requirement of the law might be fully met in us, who do not live according to the flesh but according to the Spirit.” ~Romans 8:1-4

Do we trust that or not?

The perfect Son of God, the only one who’s never broken the law, became sin for us. He became your sin. He took on your sin. He took your transgressions with him to the cross. And when your sin is condemned in him, you become in God’s eyes as if you’ve never sinned. Jesus intervened to do what you can’t do. Christ became what you are so you can become what he is. Jesus is the ultimate sacrifice and he has taken care of absolutely everything to set you totally free from sin and death. Now, is your faith in that, or is it in something else? The only thing that counts if faith. That’s the only thing we need to be concerned with. That’s the freedom for which Christ sets us free.

It’s not circumcision; it’s acappella. It’s not food laws; it’s weekly Lord’s Supper. It’s not feast days; it’s Wednesday nights. It’s not you must become a Jew; it’s “Is he a member of ‘The Church?'” And it’s baptism by immersion and women’s roles and bishops and kitchens and KJV and crosses in the sanctuary, um, I mean, “auditorium.”

We judge people and we draw lines and label others and decide who we’re calling brothers and sisters and who we’re not when there’s only one thing that counts! We’re paying too much attention and spending too much energy on the things that don’t count!

That’s true freedom. When we give ourselves completely to the fact that our salvation has already been secured, that there’s nothing left to do, it’s all been done, when we embrace that in faith, then we’re living in freedom. We’re free from our sins and anything that’s ever happened in our pasts. We’re free to stop worrying about ourselves and our rights and our honor to serve other people so that walls are torn down and wounds are healed. You’re not anxiously fretting about your standing with God. You’re not looking for physical signs or proof of who’s in and who’s out. You are free to become what God created you to be, what you always wanted to be — you just didn’t know what it was!

And whatever rules there are, whatever obligations remain, we’re free to live above them and through them. We don’t worry about any of that because our faith in Christ has us loving others.

The Gospel truth that you are righteous because Jesus Christ has become for you your righteousness, holiness, and peace compels you to love God and others. It moves you to defend the weak and stand with the accused and speak up for the oppressed. It motivates you to give and forgive. It empowers you to let go and live the way God lives, erring on the side of grace and giving everybody the benefit of the doubt.

Whatever you do, don’t mess it up. It’s the only thing that counts.