The Hope of Change 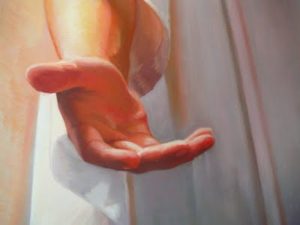 “The fathers eat sour grapes and the children’s teeth are set on edge.” ~Ezekiel 18:2

God’s people are going through a really tough time. Most of Judah had already fallen to the Babylonians and a lot of the people had been captured and scattered throughout Babylon. Jerusalem was under siege and things were getting worse. And they blamed everything that was happening on their parents. Things are really bad and there’s nothing I can do about it.

“‘As surely as I live,’ declares the Sovereign Lord, ‘you will no longer quote this proverb in Israel. For every living soul belongs to me, the father as well as the son — both alike belong to me. The soul who sins is the one who will die.'”  ~Ezekiel 18:3-4

God says categorically this saying is not true. Both parent and child belong to the Lord. Everybody belongs to the Lord. And God is not only sovereign over all things, he’s also a just judge. He doesn’t punish people for sins they don’t commit. He goes on to explain that a person is judged by what they do and how they behave on their own. It’s not tied to the people who’ve gone before.

God takes away all the excuses. And he calls for a change.

“If a wicked man turns away from all the sins he has committed and keeps all my decrees and does what is just and right, he will surely live; he will not die. None of the offenses he has committed will be remembered against him. Because of the righteous things he has done, he will live.” ~Ezekiel 18:21-22

I love the Ephesians 2 passage that says you used to be one thing but now you’re another thing entirely. You used to be an enemy of God. Guided by the growling desires of your stomach. Living by the principles of the world. But you’re not that anymore! By the Spirit of God through Christ Jesus, you’re not that anymore! You were rescued. You were saved. God changed you!

1 Corinthians 6 is just as good. Wicked. Sexually immoral. Idolaters. Thieves. Greedy. Drunkards. Slanderers. Swindlers. That’s what some of you were. But you’re not anymore. You were washed. You were justified. You were sanctified. God changed you!

Scripture says if you give yourself to God, he’ll change you. God changes people. God reaches down in power and love and grace and in miraculous ways he changes hearts and minds and lives. He re-creates people. He re-images worldviews and dispositions. He re-routes eternal souls.

“‘Do I take any pleasure in the death of the wicked?’ declares the sovereign Lord. Rather, am I not pleased when they turn from their ways and live?'” ~Ezekiel 18:23

When people turn to God and live, when people submit to God and live, God is pleased. This is what makes him happy. The Bible says God wants all men and women to be saved and to come to a knowledge of his truth. And our God doesn’t just make this change possible, he makes it his top priority. He’s so committed to your change, he gave up everything to come here in person to show us what it looks like.

“”Rid yourselves of all the offense you have committed, and get a new heart and a new spirit. Why will you die, O house of Israel? For I take no pleasure in the death of anyone,’ declares the sovereign Lord. ‘Repent and live!'” ~Ezekiel 18:31-32