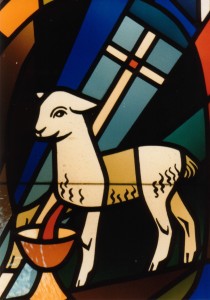 I’m human. Oh, my word, yes, I’m human. And as a father, my potential for failure is great. In my efforts to protect them and shape them and provide for them everything they’re going to need to fully function in this world and, at the same time, deny them the things they want that would ambush that process, I’m scared to death of being too strict. And in my sincere struggles to be open and accessible and relational, I’m scared to death I won’t have the courage or integrity to give them the proper structure and rigid discipline they need. My fear is that some day one or more of my daughters, damaged maybe by my failures as a dad, might see some connection between those failures and my religion. It would be easy to do. I’m afraid they could use that as an excuse to leave the Church. I’m not crazy, right? You’ve thought similar things before, yes?

So, I’m determined to teach my girls that my religion is not my religion; my faith is not my faith. It’s much, much bigger than that. I received it from my parents who, in turn, received it from their parents. The Christian faith in our family is deep and old. It belongs to me because I inherited it from them and didn’t throw it away. I’ve held it in trust for my kids. I’m passing it on.

I tell my daughters that rejecting the faith is not simply a matter of throwing away the tastes of their parents; it’s not just chunking my idiosyncrasies or abandoning my methods of control. Christianity is a long held belief about the nature of true reality. Our faith is a way of looking at life and living in this world. It’s been attested to by millions of very different people over many different centuries in a great variety of many different circumstances in countless different ways. It’s not just mine. The faith is universal and eternal. It’s everything.

Yes, my kids will be free to accept or reject the faith. But I’m doing everything I can to make sure they understand that what they choose to accept or reject is not simply their parents’ religion. It’s an old, old faith. One faith. Just one. The significance of the differences among the Christian denominations is made totally insignificant by the great march of time. This one great thing to be accepted or rejected is not my religion, not my family’s religion, not the U.S.A.’s religion. It is the Christian faith. It’s been passed down for over two thousand years. Each denomination has passed it down and transmitted what all Christians everywhere for all time have confessed. It’s one eternal faith.

We can’t say the words “my faith” apart from owning a faith that came from others. We all know that. But I’m not sure we teach it enough. This is not a private thing, or even a familial thing. It’s much more than family or denomination or nation or century or era. It is mere Christianity. It’s ancient and universal. And it’s weightier and more worthy than all the faulty expressions we’ve experienced in our churches or in our parents.

Now, I’m still scared. And I’m still very, very aware of my great potential for failure as a dad. But my kids are all going to know that Christianity is not my faith, nor my religion. It belongs to eternity.