The first picture was taken twelve years ago when Valerie and Carley were six and eight-years-old. We were living in Kyle and Marti Futrell’s rent house on Mission Hills Road in Marble Falls while I was going to grad school in Austin. The laundry hamper in the master bath was a favorite hiding spot and they played in there often. I have no idea where the ivy on the counter came from. 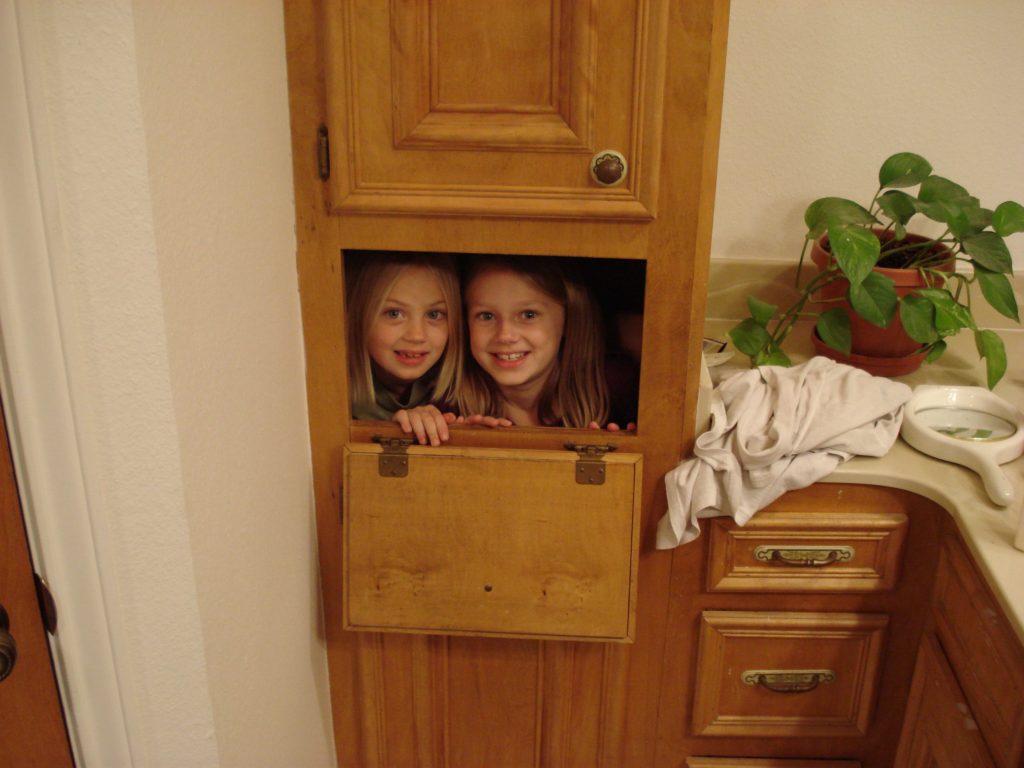 The second picture was taken today, right after lunch, just before Valerie headed back to OC. Valerie and Carley are eighteen and twenty and they don’t fit in tight places the way they used to. The ivy is twelve years older, too. 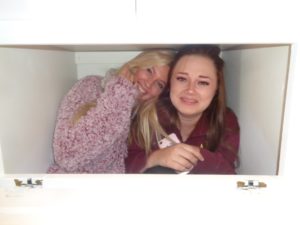