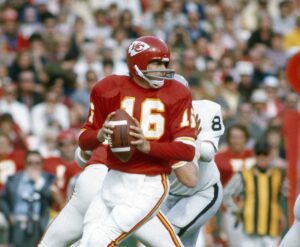 The great Lenny Dawson died last night at the age of 87. The Hall of Fame quarterback took the Kansas City Chiefs to two Super Bowls, beating the Vikings in Super Bowl IV, the last football game played by the old AFL. I’m wearing my Len Dawson #16 football jersey today. For at least a couple of reasons.

The Chiefs have always been my second favorite football team. Remember, they began life as the Dallas Texans of the rival American Football League, sharing the Cotton Bowl with the NFL’s Dallas Cowboys, and competing with the Cowboys for fans and tickets and money. Both teams were so miserable during those early years, Texans owner Lamar Hunt once challenged Cowboys owner Clint Murchison to a head-to-head football game between the Texans and Cowboys, and “the winner gets to leave town.” Hunt did move his Texans to Kansas City where he renamed them the Chiefs and won a couple of AFL titles and, eventually, that Super Bowl with Dawson at quarterback. I’ve always felt a connection with the Chiefs because of their origins in my hometown. They’re from Dallas and I want them to succeed.

I’m also a huge fan of the old NFL Films and that Super Bowl IV in 1970 was the first time a head coach had been wired up for the championship game. Hank Stram stole the show with his one-liners and quips, most famously his exhortation to “Lenny” to “keep matriculating the ball down the field!” 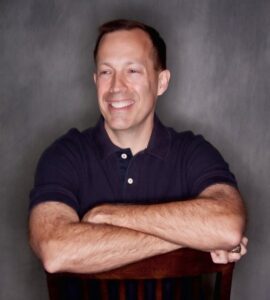 That quote became the line that bonded me forever to a friend at the Legacy Church of Christ in North Richland Hills, Chris Drake. Love the Drake. He called me Lenny or Leonard because, in his view, I was trying to move our church, trying to get us somewhere, trying to grow our faith outside our Sunday assemblies and grow our vision to include the Kingdom outside our walls. He could sense I had a passion and a plan. He could also sense that it would be tough at Legacy. So he encouraged me with “keep matriculating the ball down the field.” One yard at a time. One play at a time.

Drake called me Leonard all the time. Lenny. “Keep matriculating the ball down the field.” This is how he encouraged me when he knew things were rough. Continually. “Pump it in there, baby. Set ’em up for the 65 Toss Power Trap.” Constant encouragement. True friendship. “Work for it, wait for it, them drop it on ’em. One play at a time. One yard at a time.”

After a couple of setbacks with resistant elders and grumpy members, Drake told me he would be my Daryl Johnston. He would be my lead blocker, taking out anybody who got in my way. It made me slightly uncomfortable because I never knew how serious he was. He would text me after a particularly challenging sermon with “I’m turning the corner and looking for contact!” I never thought he would ever really physically take out one of our shepherds with a crack-back block in the west foyer. Would he? He signed his emails to me with “#48.” And kept me guessing.

He gave me this Len Dawson jersey as a Christmas gift a couple of years into our ministry at Legacy – that was thirteen years ago – and I still wear it every couple of months. We still text and email each other about the Cowboys and Rangers. We still go back and forth about church politics and Kingdom of God issues in the ‘comments’ section of this blog. He still signs his communications with me as “#48.” And he still calls me Leonard.

In a weird way, Drake helped me understand my role and solidify my identity as a preacher in God’s Church. It’s not an individual sport, it’s a team game. And not every play is a touchdown pass. It always takes a few short gains between the tackles before you can go deep. It takes dirty work in the trenches, down in the mud and the sweat of the real life of the Body of Christ, before you can run that sweep to the end zone. 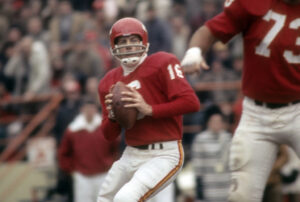 I’m reminded that he played in a different era and represents, in many ways, a different sport. Dawson was asked once how long halftime was back when he played and he replied, “About two cigarettes.” I’m reminded that success as a preacher in the Lord’s Church means keeping your eye on the big picture and just faithfully matriculating the ball down the field, one play at a time. And I’m reminded of Drake and the way he so intentionally went out of his way to encourage this brand new preacher so long ago.