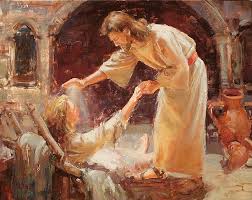 One of the big differences between the Old Testament and the New Testament is seen in the issue of doubt. You can find all kinds of expressions of doubt and disbelief in the Hebrew Scriptures. Entire books like Habakkuk and Job and Jeremiah center on doubting God. Well over a third of the Psalms express at least a couple of lines of doubt not only in the existence of God but also on whether God gives a rip about what’s going on down here and, if he does, if he’s willing or even capable of doing anything about it.

Compare that to the New Testament which has almost none of those questions and doubt. We know the problem of pain hasn’t gone away. Many of the New Testament letters deal specifically with the issues of persecution, suffering, injustice, and death. That hasn’t changed a lick. But you just don’t find the question about whether God cares. You don’t see anything like Psalm 77 which asks, “Has God forgotten to be merciful?”

Could it be that Jesus is the reason for the change?

The ones who wrote the Gospels and penned the Christian letters were all witnesses to the Christ. Anyone who wonders how God feels about suffering on this broken earth only needs to look at Jesus. The New Testament writers saw him. Up close. They saw this “exact representation” of God care for a sick woman, console a Roman soldier, raise a widow’s dead son, heal an epileptic boy, and feed thousands of hungry men and women. Jesus says, “If you’ve seen me, you’ve seen the Father.” And those disciples saw him grieving over lost people and crying over dead people and reaching out to the marginalized and powerless of society with humility and love and care. Great concern and care.

Of course, Jesus didn’t fix the whole problem of pain and suffering; he only healed a few people in a small corner of the Middle Eastern world. But he did answer the question, “Does God care?”