“In the World, Not Of the World” 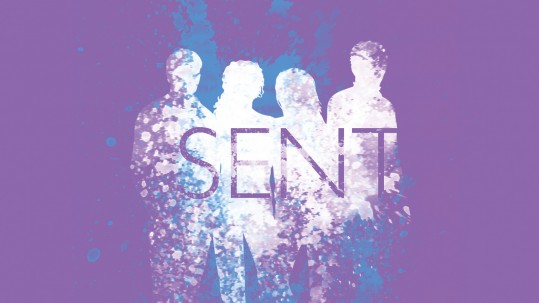 The man comes up to Jesus and he’s covered with leprosy. He falls with his face to the ground and says, “Lord, if you are willing, you can make me clean.” And Jesus say, “If I’m willing?!? Of course, I’m willing!!! That’s why I’m here! Be clean!!” And he healed him immediately.

A widow is wailing over the death of her only Son. Jesus says to her, “Don’t cry.” He raises the young man from the dead and gives him back to his mother. All the crowd is filled with awe and they praise God saying, “God has come to help his people!”

Everywhere our Lord goes, everywhere he is, he shines the light of love and forgiveness, he brings the Kingdom of grace and hope. In a culture of hate and violence and lies, Jesus is love and mercy and truth. He brings it. He lives it. People are blessed and the world is changed.

Then Jesus is arrested and crucified. Out of his deep love for us and his commitment to our forgiveness and righteousness and peace, he gives his life. On the third day, God’s Holy Spirit brings our Lord out of the grave. That evening the risen and reigning Jesus eats dinner with his followers and says:

When Jesus says we’re not of this world, that’s not a final destination or a future goal — it’s a starting point. By our baptisms and the indwelling Holy Spirit, we are members of the family of God, we are citizens of the heavenly Kingdom, like Jesus. And, like Jesus, being not of this world is so we can be sent into this world.

I’ve heard it said all my life — you and I have probably both said this many times: “We’re in this world but we’re not of this world.” The way we say it implies that being in the world is a temporary accident we have to endure or, at worst, a really bad circumstance we must fight. We’ve paraphrased Jesus’ words into an isolationists slogan. We make it sound like we’re above everything and we need to take care of ourselves first and be separate from the world.

No, we’ve got it backwards!

Jesus says we’re not of this world precisely so we can be sent into the world. In the world is intentional, it’s the very core of God’s eternal plans. The Church is not a community of cautious isolation, we’re a group committed to courageous transformation! We don’t run from the world or rail against the world; we are racing into the world with the amazing story of God’s love that has captured our hearts and commissioned our lives! God gathers us together in his Church so we can better be on point for his mission in the world!