About to Pass By GCR 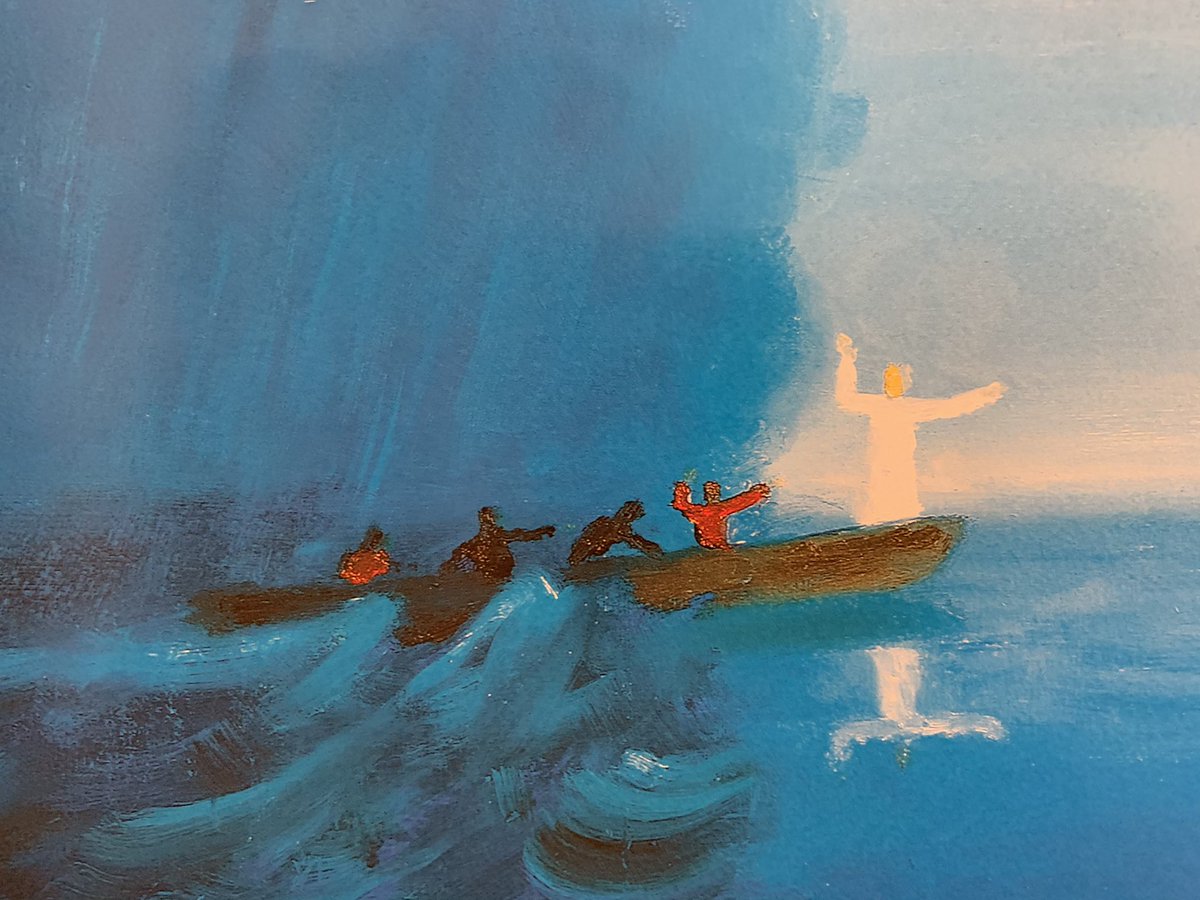 One of my most favorite passages in all of Scripture is at the end of Mark 6. Jesus has commanded his followers to get into a boat and cross the Sea of Galilee to Bethsaida, while he climbs to the top of a mountain to pray. The text tells us that the wind was against the apostles and was blowing them off course. It says, “He saw the disciples straining at the oars because the wind was against them.”

I love the imagery of Jesus praying to the Father while he watches his disciples straining at the oars. They’re working with everything they have to accomplish what Jesus has called them to do, and they’re struggling. They can’t get there. No progress. No results. Just frustration. But the Lord is watching. He knows how much they’re working. He sees how hard they’re trying. And he’s talking to the Father about them. He’s interceding.

And then Jesus comes to them, walking on the lake. The end of verse 48 tells us that Jesus was “about to pass by them,” but when they saw him, the apostles thought he was a ghost.

That’s a strange verse, huh? Was Jesus trying to sneak by the disciples without being seen? Was he attempting to beat them to Bethsaida so he could welcome them to the shore with a smug, “What took you so long? Where have you been?” What does it mean that Jesus was “about to pass by them?”

At the end of Exodus 33, after God’s people had worshiped the golden calf in the wilderness, Moses pleads with God to forgive them and go with them to the Promised Land. Moses has been working really hard for the Lord and hasn’t seen any results. He’s seen only bad things, horrible things. Moses begs God to show him proof that he will be with them, to give him some assurance. “Show me your glory,” Moses says. And God responds, “I will cause all my goodness to pass in front of you, and I will proclaim my name.” When he gives Moses instructions on what’s about to happen, he concludes with, “When my glory passes by…”

And he shows himself to Moses. God “passed” in front of Moses, proclaiming, “The Lord, the Lord, the compassionate and gracious God, slow to anger, abounding in love and faithfulness, maintaining love to thousands, and forgiving wickedness, rebellion, and sin” (Exodus 34:6-7). God used that occasion to renew his covenant with Moses and his people, to lavish on them his love and forgiveness, to lead them on a path to their promised future.

In 1 Kings 19, Elijah is standing on a mountain complaining to God. Elijah had been working really hard for the Lord, only to find himself on Jezebel’s most wanted list. I’m the only one left, Elijah declares. I’m all alone. That’s when God said, “Stand on the mountain in the presence of the Lord, for the Lord is about to pass by” (1 Kings 19:11).

And God revealed himself to Elijah in a small, still voice. God told Elijah how many thousands of faithful people there were in the land and he promised to take care of Elijah’s enemies.

When Mark tells us Jesus was “about to pass by them,” he means Jesus was preparing to show the disciples his glory. He was about to reveal his true identity to them. The word “pass” in Mark 6 is the Greek translation of the word translated “pass” from the Hebrew in Exodus 33-34 and 1 Kings 19. When God passes by, he reveals his glory. People see God, they recognize God and what God is doing. That’s what happens on the lake with the disciples. Jesus climbed into the boat with them, miraculously calmed the winds, and amazed the apostles with his authority and his grace. Once they landed, Mark says the “people recognized Jesus.” They brought their sick to him and he healed them all. Throughout the villages, towns, and countryside, wherever he went, Jesus healed the people and made them whole. He revealed himself. He showed his glory. His power. His mercy. His love. The mission he came to accomplish. And the disciples “were completely amazed” (Mark 6:51).

Here at the Golf Course Road Church, the winds have been blowing in our faces for several years. The elements have been against us. The shepherds and ministers here, all the faithful members of this church, have been working incredibly hard around the clock, faithfully, trying with everything they have to accomplish what they believe God has called them to do. And it hasn’t always been good. Bad things have happened here, terrible things. Little progress. Few results. Lots of frustration. This GCR Church has been straining at the oars for a long time. But Jesus has been watching. And praying. He’s seen how hard everybody’s working here and he’s been talking to the Father about us the whole time.

And now our Lord Jesus is about to pass by. He is about to reveal himself to us. He is about to show us his glory. People are going to be healed here at GCR, they’re going to be made whole. We’re all going to experience our God’s mercy and grace, his love and his compassion, his forgiveness and new life. He never left us; he’s been here in the boat with us the whole time. And now we’re about to finally see it. His  glory. His power. His mission accomplished in and through GCR, throughout Midland, and around the world to his eternal glory and praise.

“Take courage,”Jesus says to his church at GCR. “It is I, don’t be afraid.”

I believe we’re all about to be completely amazed.