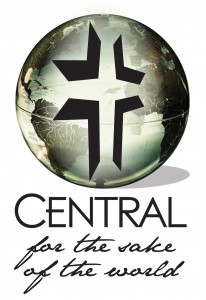 The goal for Missions Sunday at Central today was an ambitious $275,000 to fund and expand our foreign missions efforts. But, just like last year, our merciful God blew that goal right out of the water. God opened up our hearts and our wallets this morning to the tune of more than $357,000; and the money is still trickling in this afternoon.

As far as feelings go, I’m not sure anything will be able to top what happened last year. It’s like when the Rangers beat the Yankees in 2010 to win the pennant and advance to their first ever World Series. All Rangers fans can tell you exactly where they were, who they were watching with, and how they felt when Feliz struck out A-Rod to clinch the title. It was the first time. It was unexpected. It was exhilarating. The next year when they advanced, it was great. It was wonderful. We hugged and high-fived, we bought the championship T-shirts, we talked about it every minute of every day. But it just wasn’t the same. It wasn’t as great or as unexpected. There’s only one first time.

And, honestly, I felt myself today almost taking for granted that God would provide more than our goal. When John Todd announced the total at the end of our worship assembly, the gathered Christians whooped and hollered and stood and cheered. And I enthusiastically joined them. But it wasn’t like last year. Last year, very few people were really expecting it. This year, we almost knew it was going to happen.

And I don’t know what to do with that yet.

I do know we/I should never, ever take for granted the blessings we receive from our God. Good grief, $357,000?!?!?!? That’s what churches of two-thousand members give on their Missions Sundays, not churches of 700 like us. I know that I belong to a very mission-minded, very generous, very over-the-top giving church. These people give. And I’m so honored to belong to them. I also know that they all own our foreign missions initiatives. They are committed to our goals of sending more and more of our own people out into the field; they are dedicated to our efforts to bring salvation in holistic ways, to partner with God in restoring all of an individual through medical missions, justice missions, and evangelistic missions; they are completely partnered with our missionaries and their families. They pray every night for little orphan children in Kenya, they email and send care packages to our Great Cities Missions teams, they train and take Let’s Start Talking trips to Columbia, and they buy sewing machines and bicycles for preachers in India. They can tell you everything we’re doing in foreign missions and who’s where and what’s happening when. I love that about Central.

And I’m so privileged to be their preacher.

I believe our giving today reflected our gratitude and joy in God’s amazing grace. I believe our generosity was motivated by our genuine love and concern for all of God’s people all over the world. And I believe I should never, ever take that for granted.

It’s been a really beautiful Sunday. Praise God from whom all blessings flow!