One of the things I miss about living in Dallas is the live music concerts. Big bands just don’t swing through Amarillo. So we didn’t hesitate when it was announced three months ago that ZZ Top was extending their Tonnage Tour with a stop in the panhandle. Carley and I got our tickets quickly and she asked a couple of her friends on the Canyon High School golf team — Kayla and Makenna — to join us. 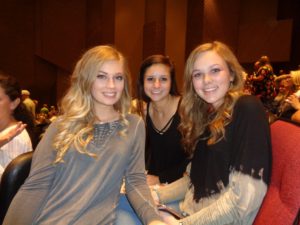 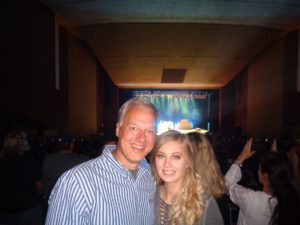 I’d seen ZZ Top three times prior: twice at Reunion Arena during my college years and again about ten years ago when they opened up for Aerosmith at Starplex. But this show was going to be extra special — I was going to share it with my youngest daughter and it was going to be in the tiny Civic Center Auditorium that only seats 2,300. I can’t believe they’re playing this tiny venue! 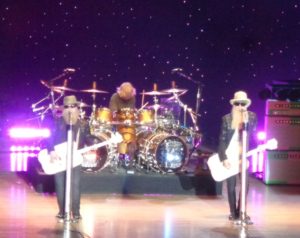 And, yeah, the whole experience was classic ZZ Top — a stripped-down stage, the bare-minimum on lights, simple chords, easy lyrics, understated choreography, fuzzy guitars, obligatory references to Amarillo and Texas… and super LOUD! What a blast! I reminded Carley and her friends that when ZZ Top’s biggest album came out — Eliminator, the album that put them on the mainstream map in 1983 with those catchy songs and tongue-in-cheek videos — I was a 17-year-old junior in high school. Just like them. And then we sang those hits together with Reverend Billy G, Dusty Hill, and Frank Beard in our little civic center auditorium. “Got Me Under Pressure.” “Sharp Dressed Man.” “Gimme All Your Lovin’.” How cool is it to pump your fist in the air with your daughter and shout together, “Go get yourself some CHEAP SUNGLASSES!!!” They also covered Jimi Hendrix’s “Foxy Lady” and surprised us with “16 Tons” and “Act Naturally,” featuring a guest steel guitar player whose name I didn’t get. 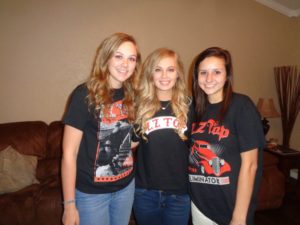 The girls got their t-shirts. I got to see one of my favorite bands again and didn’t have to drive six hours one way to do it. And I got to share it with Carley. That’s a pretty good night.