“Some of them were looking for a reason to accuse Jesus, so they watched him closely.” ~Mark 3:2

“One Sabbath, when Jesus went to eat in the house of a prominent Pharisee, he was being carefully watched.” ~Luke 14:1 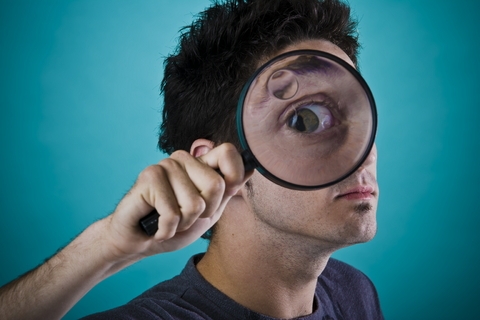 Jesus was constantly being watched. He was always under the microscope. The religious leaders carefully watched Jesus so they could pounce on him the minute he broke one of their rules. These synagogue sheriffs kept their eyes on him so they could jump on Jesus the moment he violated one of their traditions.

Jesus heard the whispers. He knew what was going on.

I wonder what he hears in our places of worship…

And our Savior asks, “Which is lawful on Sunday, to do good or to do evil, to save life or to kill?”

To watch for those who might stray from my tradition and call them on it? Or to praise God with them with the understanding that we’re both redeemed by the blood of the Lamb?

To watch closely for someone who might violate my regulation and talk to them about it? Or to encourage them and be thankful you both share salvation from God in Christ?

To remove the barriers or burdens or hurdles from my brothers and sisters or to weigh them down with my rules and boundaries and preferences that act as chains and prison bars to those who’ve been freed?

If our God and his Church and his plan is all about people — much more so than laws — and if people always trump rules with our God, why is it that we bicker and argue so much about the laws and rules? Why are we sometimes worried about the laws and the rules, even at the expense of the people?

Who are you watching closely?