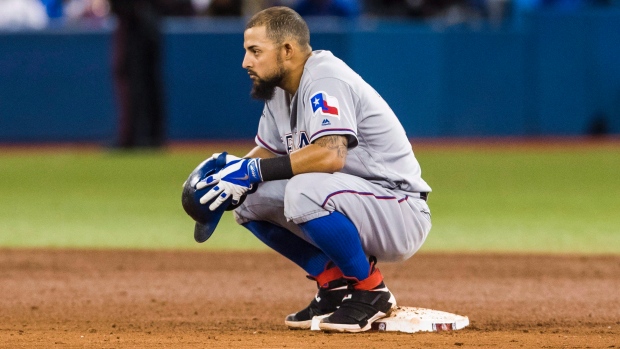 I expected the Rangers and Blue Jays to tangle for four or five games, I expected it to be a brutal series, I expected it to be a roller coaster of emotion all the way through. I believed the Rangers had the best top two starters among all the playoff teams, I believed they had the best young talent combined with the best playoff-tested veteran superstars, I believed they had the #nevereverquit mojo. I thought they would win it. I wasn’t going to be surprised if they lost it. But, either way, I thought there would be many incredible highs and lows along the way.

But it was a total team failure. It was a complete meltdown from top to bottom. Pitching and hitting, baserunning and throwing, outfield play and behind the plate — it was a nightmare. The three starting pitchers gave up 16 hits, eight homeruns, and 17 runs in 10-1/3 innings for a 13.94 ERA. I have no idea what the Rangers hit with runners in scoring position, what their overall batting average was, or their on-base percentage, but I’m guessing it was just as bad or worse as what happened to the starters.

There was no roller coaster. Just one long four day cloud of dread and doom.

Pitchers and catchers report in 18 weeks.