The Yanks Have Taken Our Dr Pepper! 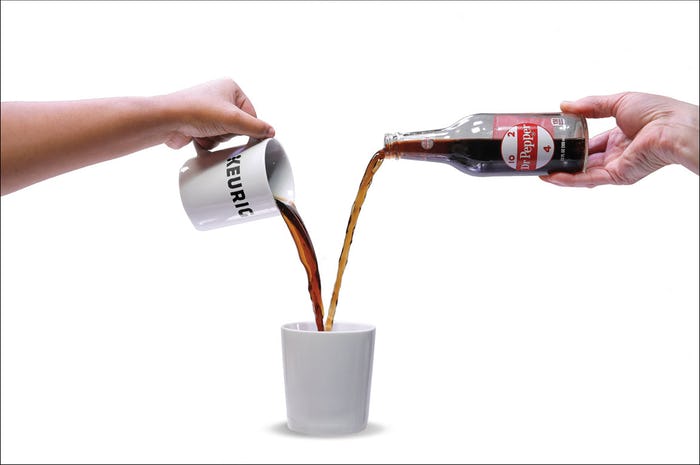 This is not a call to arms or a prompt to panic. I don’t want anybody to overreact. The Diet Dr Pepper(s) with which I washed down my Western-style scrambled eggs at Calico County this morning tasted just fine. Nothing appears to have changed. Yet. This is intended solely as a notice to pay attention. Be aware.

The Yanks have officially absconded with the national soft drink of Texas and are now managing and directing the fortunes and future of our beloved 23-flavored nectar from Burlington, Massachusetts!

OK, maybe this is a prompt to panic.

The Keurig Company, makers of those annoying K-Cups and marketer of all things coffee, swallowed up Dr Pepper yesterday in what they’re calling a “merger.” The new company is now called Keurig Dr Pepper and they’re moving DP’s CEO from the Dr Pepper headquarters on Legacy Drive in Plano up to Massachusetts. Does Dr Pepper go with clam chowder? Are they planning to serve Dr Pepper at the Boston Bruins’ games? Are they going to put Red Sox logos on Dr Pepper bottles? Coupled with tomorrow’s double-blood-super-full-blue moon, is this a sign that the end times are nigh?

Dr Pepper is not just the first and oldest soft drink in America, it’s uniquely Texan. Since folks in Central Texas rode into Morrison’s Old Drug Store to order a “Waco” in 1885, Texans like me have been drinking DP morning, noon, and night for generations. Only a wild-eyed Texan would dream of carbonating a volatile mix of 23-fruit flavors and serving it to his friends and customers. Only a state like ours could produce a legendary beverage with so many conflicting origin stories — mythologies, really — about its namesake and ingredients. And it’s ours. It belongs to us. We use it to quench our thirst on a blistering August afternoon and to baste our holiday turkeys and hams.

We don’t know what the future holds for Dr Pepper and for Texans who, on average, drink a Dr Pepper every three days — every man, woman, and child in the state. Here in the early going, I’m trying to remain positive. Perhaps Keurig can put hot Dr Pepper with a lemon twist in one of those little cups I can carry around in my pocket. That would be nice. Maybe in the coming years it’ll be easier to locate a Diet Dr Pepper when I’m in Chicago or New York. That would also be nice.

Again, this is just a notice to pay attention. Be aware. And, when you’re “taking” your Dr Pepper today at 10, 2, & 4, say a prayer for those Yanks. They’d better not mess this up.