Silence Is Not Approval 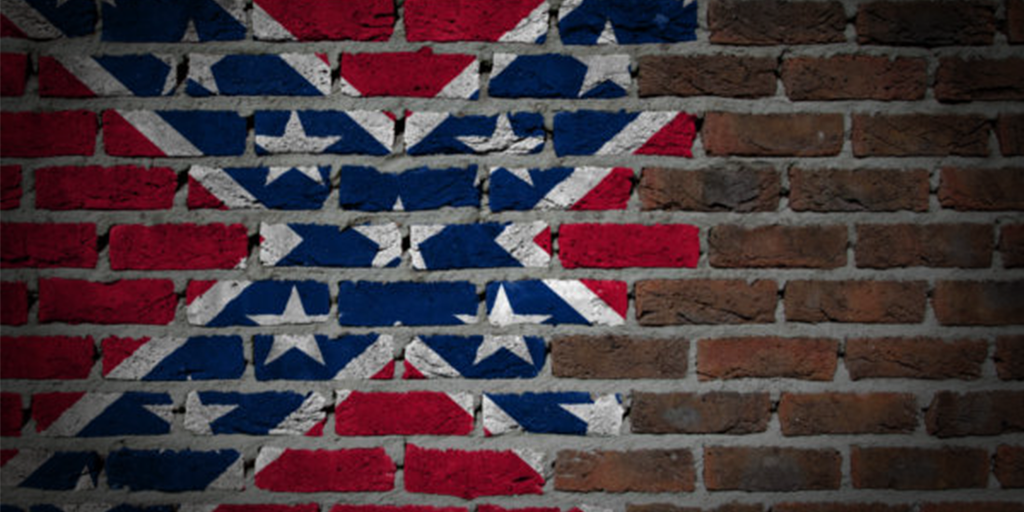 I’ve been in more than a couple of conversations lately with Christian brothers and sisters who claim that Confederate flags and statues were never a problem for anybody until the national media began inflaming emotions and generally riling folks up. African-Americans didn’t care about the statues until only lately, black people weren’t bothered by the flags until recently.

How do they know?

Because they never heard anything different. Nobody ever said anything about it. Nobody complained. Nobody made any noise.

My response to that line of reasoning, that black people were not / are not bothered by the Confederate symbols because they did not/ do not complain, has been to attempt to persuade my brother or sister to see the situation from the viewpoint of the African-American.

How do we know unless we’ve been in their shoes? How do we really know?

What if a middle-aged black man walks past the Confederate statue in Elwood Park here in Amarillo every evening on his way home from a lousy job? Maybe his great-great grandfather was a slave in the South. Maybe his grandfather and his father spent their lives in and out of work, on and off welfare. Maybe none of them graduated high school, much less went to college. Maybe he feels the structures and systems in this country keep pushing him down. Maybe he feels oppressed by a government and by a society that has never given people like him a fair shot. He sees this statue every day, his kids attend Robert E. Lee Elementary School in their mostly black neighborhood, there are Confederate flags flying out the backs of pickups from Pullman Road to Soncy.

What are his options? Who’s he going to complain to? What’s this man’s recourse?

Just because he’s silent doesn’t mean he’s OK with everything.

Last week Justin Fairfax, the Lieutenant Governor of Virginia, quietly protested as his State Senate publicly and officially honored Confederate General “Stonewall” Jackson. Fairfax is the Senate’s presiding officer, but he temporarily handed off his duties so he wouldn’t be officially participating in the ceremony. His gesture, though, was so subtle, not very many people even realized it happened.

Isaac Bailey is a member of the Charlotte Observer’s editorial board. He wrote a column last week praising Fairfax’s stand and pointing out the irony and frustration most African-Americans experience in these situations:

“It’s long been a dilemma for black people in the South. If you protest and let your anger be known, you risk being called purveyors of hate or ‘outside agitators,’ and being accused of hardening racial divisions and stirring the pot. If you swallow your anger to get along with white counterparts who revere ancestors who raped and beat and enslaved your ancestors, you risk being accused of not really caring about symbols such as the Confederate flag and Confederate monuments. Your silence is used to suggest you are OK with how things are.”

“I’ve lived here my whole life and black people have never had an issue with this statue. I know lots of African-Americans in this city and nobody’s ever complained about the name of that school.”

Minorities — by the very definition of the word in conjunction with the broken ways of our world — generally speaking, do not experience a status anywhere near the same level as others. In this country, because of the past history and the current structures and a thousand other very complicated factors, African-Americans do not have the same chances. The playing field is not level. In our city, African-Americans make up less than six-percent of the population. They are marginalized.

Where is the Church in all this? Where are the followers of Jesus?

In the past four or five months, I’ve heard Christians say things to my face, into my ears, about Charlottesville and statues and flags and minority peoples that are decidedly unChristian. Where are we?

I don’t have any advice for the school board or the city council on this. But I do have something to say to my brothers and sisters in Christ. Slippery slope arguments about erasing history and heritage are completely missing the point. The question for Christians is, will you identify with the city that’s fading away or with the enduring city that’s coming? Will you love your neighbor more than you love a flag or a statue? Will you love the African-American men and women of your city more than you love the history and heritage of the South?

Scripture says be careful to do what is right in the eyes of everybody. Romans 12. In this same context, live in harmony with one another. Do not be proud, but be willing to associate with people of low position, people who don’t enjoy the same status or success. These are the very people chosen by Christ, remember? Not influential, not of noble birth, weak people, despised people, vulnerable and oppressed people. Have we forgotten who we are? That’s us!