The Crown Says It All 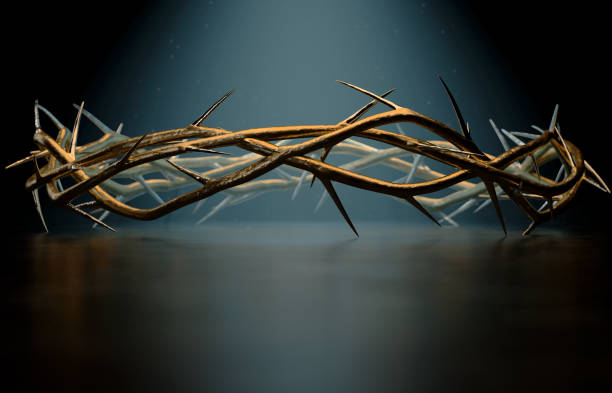 Jesus does not enter Jerusalem on a gleaming white charger or a jet-black war horse; he’s riding a common, lowly beast of burden. He’s not carrying a bunch of war trophies, there’s not a train of prisoners or captives behind him. In fact, by the end of the week, Jesus will be the One led down the streets and dragged outside the city gates to be executed.

Jesus does not share the people’s hopes and dreams for earthly glory and power. He’s not establishing a Kingdom to rival the Roman Empire. He’s come to suffer. And sacrifice. He comes to die. He comes as a King to be crowned. With this crown.

The King who wears this crown loves his enemies. His righteousness far surpasses that of the Pharisees. He was rich and he became poor for the sake of the world. As he’s dying on the cross, suffering and suffocating on that tree, he shows us what love looks like when he stares the evil of this broken world right in the face and says, “Father, forgive them; they don’t know what they’re doing.”