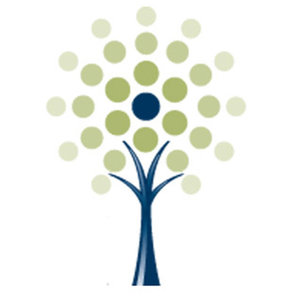 I’m returning one more time to the interview in Christian Century with Jennifer McBride, the author of a soon-to-be-released book on the role of God’s Church in the world. The book is called “The Church for the World: A Theology of Public Witness.” McBride tackles the question of the Church’s grand mission and the misunderstandings about the methods for achieving the divine task. It seems to be mainly about rejecting the ways of the world and embracing the ways of our Lord.

Toward the end of the interview, David Heim asks McBride her views on the American church’s involvement in state and national politics. Some critics have pointed out recently that the Church has lost its Christian witness to our culture because our increasing identity as a political movement or a political organization affiliated with one particular party is turning off a lot of people. I, for one, would agree with a lot of that criticism. I always cringe when Christians are all lumped in together with a certain political group whose views and methods might actually contradict the clear teachings of Scripture. As would be expected by now, McBride says she’s not so much concerned with the Church having a political voice, but with how the Church exercises that voice:

“Christian faith is inherently public or political because it concerns how we order our lives in relation to the good of others — in relation to neighbors, strangers, and enemies. Discipleship is about following Jesus, who embodies the reign of God; it is about living into God’s social order ‘on earth as it is in heaven.'”

Part of the problem, according to McBride, is that our churches are too preoccupied with the Sunday morning worship hour instead of how they are engaging those around them with the Gospel. “The identity and function of congregations,” she says, “traditionally revolves around what seems to me to be a narrow understanding of worship, the worship itself or a particular worship style.” A church full of continuously confessing and repenting sinners will, instead, take more seriously its identity and mission as the Body of Christ in the world.

And, she brings up Bonhoeffer again. McBride points to Bonhoeffer’s understanding that the Gospel of Jesus is to be lived out in our communities in concrete ways. Christology and Ecclesiology should not be abstract or unapproachable to the average Christian. But at the same time, a lot of social justice efforts and political movements completely ignore the rich resources of thinking theologically about the Church’s role in the world as the embodiment of Christ Jesus and the proclamation of his Kingdom come. That flattens our Christian faith and reduces feeding the poor and digging wells to nothing more than good deeds. When the faith of the Church is narrowed down to merely ethics like this, it is violently stripped of its power to transform lives.

Yes, the Church is a political organization. But its polity is modeled on the Kingdom of God, its citizens belong to heaven, and its Lord is King Jesus. Yes, we engage the world and its own political beliefs and systems and practices. But we do it in ways that reflect our Lord’s life and his direction for ours. We don’t hate or insult or do anything by force; we love and encourage and humbly invite. But, we do engage. We do act. We do care.

As McBride says in her book, true Christianity “encourages and fosters love for this life in all its complexity. Christians cannot offer a redemptive public witness if they don’t genuinely love living in this world with all its joy and sorrow.” To quote Bonhoeffer one last time: “It is only when one loves life and the earth so much that without them everything seems to be over that one may believe in the resurrection and the new world.”