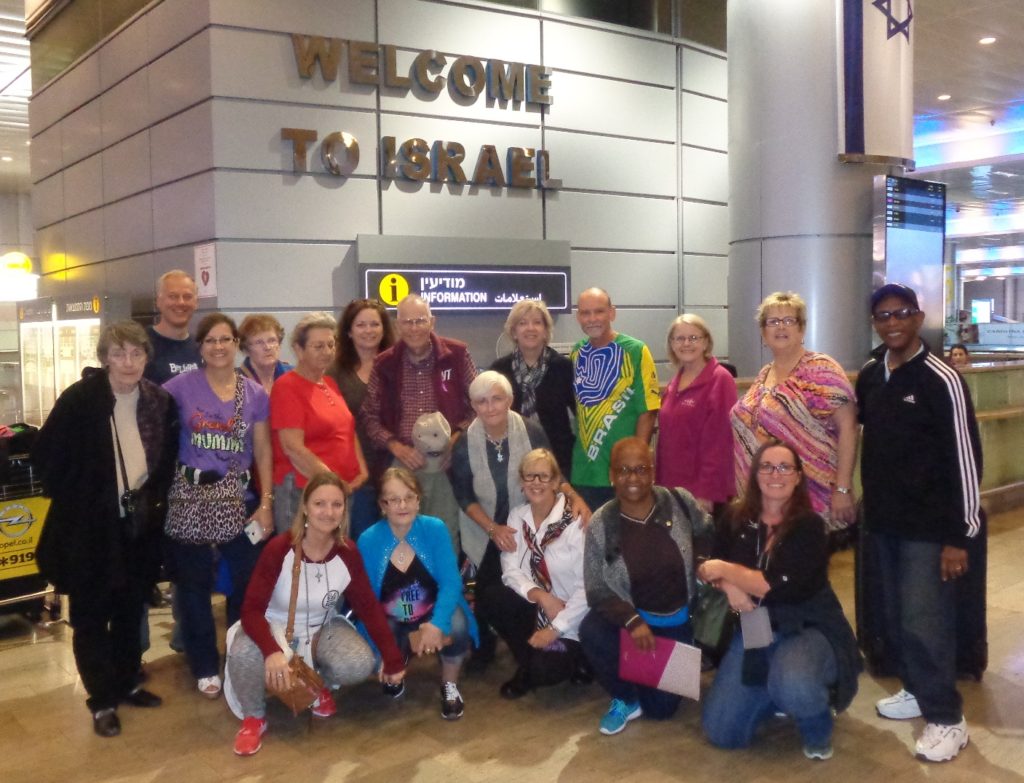 Well, we’ve made it to Israel. And as Jerry Garcia once sang so well, what a long, strange trip it’s been. Our flight out of Newark was delayed by three-and-a-half hours so we didn’t take off until 330am EST. If we look exhausted in the above picture, it’s because we are. We sat in the airport for almost eight hours; a person can only play about two hours of Spades with Elaine’s family. The ten hour flight got us to Tel Aviv at 730pm Israel time. It took an hour to get all nineteen of us through customs and another hour or so to get to the beautiful Dan Hotel on the Mediterranean Sea in Caesarea. We just rushed through a super quick and super late dinner. And now we’re all in our rooms, attempting to get acclimated quickly to the time change.

Speaking of baseball, we stood in the customs line with another church group of really nice people from Cleveland, Ohio. Every single one of them was wearing Indians gear. On behalf of all the still-numb Rangers fans, I thanked them for beating the Blue Jays.

Tomorrow we visit the remains of King Herod’s spectacular palace and administrative and entertainment centers at Caesarea, Mount Carmel, Armageddon, and the Sea of Galilee in Tiberias.