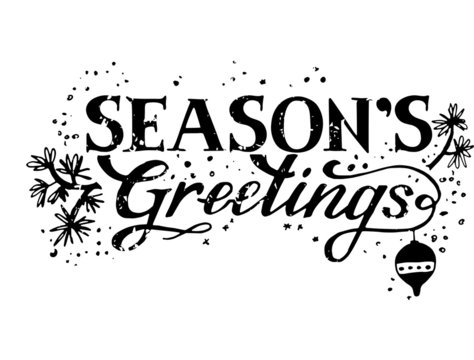 I don’t really want to get into a whole thing here, but can we all just relax on this “Merry Christmas” versus “Happy Holidays” thing? There is no war against Christmas. There is no threat in the United States to anybody’s freedom of religion or right to religious expression. Don’t get sucked in to the harmful hijacking of the Christian faith for national political purposes.

There are many American Christians who believe those who say  “Happy Holidays” are intentionally undermining Christianity and working to remove it from its rightful place as the dominant religion in the U.S. Many American Christians instruct their fellow believers to resist this movement, to fight back, by shouting “Merry Christmas” at every opportunity. We’re told to use the phrase as a weapon against the left-wing secularists and atheists and Muslims who are seeking to destroy our right to celebrate the birth of Jesus.

(Does anybody else find it ironic that those in the Churches of Christ who are making the most noise about this belong to a movement that, for most of its existence, purposefully ignored the Christ in Christmas? We refused to sing Joy to the World in December. We pridefully preached anything but the birth of Jesus on the Sunday before the 25th to prove some weird point that we were right about the season of Jesus’ birth, we were more biblically accurate, and we were not influenced by the culture to use religious words and displays to celebrate a pagan holiday.)

Is Christianity so fragile? Is our faith so feeble that when we are confronted with change that threatens our perceived power in a pluralistic and democratic society we respond with anger and defensiveness? True Christian faith is not frail. It doesn’t need to be propped up by a symbolic greeting snarled at every cashier and passerby  to assert dominance over other faiths. Or no faith.

Our faith is much better served by following the lead of our Lord Jesus: feeding the hungry and clothing the needy, visiting the sick and those in prison, welcoming the refugee and loving our enemies, forgiving and accepting and loving every single person our God puts in front of us. That vision of Christian faith is much more compelling to our pluralistic and democratic culture than the one that proclaims “Merry Christmas” as an act of defiance with a hint of aggression and arrogance.

We are a people who claim to be saved by grace, rescued by love. Why do we act like people who don’t see things the way we do will be saved by our contempt and confrontation and lines in the sand? Whatever you say should be said as a demonstration of kindness, warmth, peace, joy, acceptance, and love. Whatever you hear should be received with patience and understanding and peace. The world will be won when we act more like the infant Jesus who came here as a helpless and vulnerable baby, with no rights, to serve rather than to be served, to seek and save the lost with kindness and acceptance and joy.