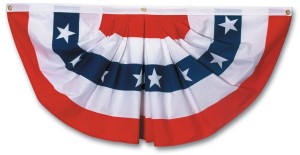 I’m not really feeling like myself today. I think I’m just going to work through lunch, or as long as I’m able, and then cut out of here at about 2:30pm. 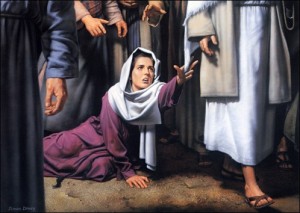 Our Lord Jesus goes out of his way in the Gospels to take care of the poor and the sick, the lonely and the depressed. He reaches out to feed the hungry and homeless, to restore dignity to aliens and slaves. He talks to the abused and marginalized and downtrodden. He heals the blind and lame and deaf. And none of this is extra. This is not add-on work to his task of bringing salvation from God to the ends of the earth.

This is his salvation work.

The people saw Jesus saving people from hunger and sickness and they hear him preaching about ultimate salvation in the future with God, but nobody thought the two things were unrelated. Jesus’ defense of tax collectors and sinners was not just a visual aid that pointed to someday in eternity. His healings were not just clever stunts to get more publicity for his message about salvation. What Jesus was doing up close in the present was exactly what God was promising long-term in the future. Same thing.

Jairus begs Jesus (Mark 5:21-43), “My little daughter is dying. Please come and put your hands on her so that she will be saved and live.” Your translation may say “healed.” The Greek word there is so-they: saved. As Jesus is on his way to do just that, a woman with a bleeding issue says, “If I just touch his clothes I will be saved (so-they).” She reaches out to Jesus and he says, “Daughter, your faith has saved (so-they) you. Go in peace.” The way Matthew tells this story, the woman was saved from that moment on. And there are dozens of these all throughout the Gospels. You see the same kind of stuff in Acts with the early church. Salvation and healing, healing and salvation. Being made whole and salvation. Being made right and salvation. Synonymous. Interchangeable. Same thing.

The future rescue that God has promised, the ultimate perfection has started to come true in the present. With the coming of Jesus, the new creation has begun. It’s happening right now all around us. And we’re called to get in on it.

What you do right now matters. What you do today is critically important. Painting a house, preaching a sermon, singing at the nursing home, praying for missionaries, digging wells, attending funerals, taking a mission trip to Africa, loving your neighbor across the street. What you do today is bringing salvation to people in your immediate context and to the ends of the earth. It’s not in addition to salvation, it’s a paramount part of salvation! What you do today is a participation in God’s eternal future. The salvation you bring to someone today is promised by God to last through all eternity. We’re all working for the mission, we’re building for the Kingdom — it’s all salvation work. These are all salvation issues. And God promises to use our salvation efforts today toward his divine purposes and to his everlasting glory and praise.