I was reminded last night that Rangers fans should not ever taunt Yankees fans under any circumstances. Following the Astros’ complete shutdown of New York in the AL Wildcard game last night, I texted our resident Yankees fan, Tim McMenamy, a snarky question: “Are the Yankees in the playoffs?”

His reply: “Not anymore. Maybe the Rangers can get their FIRST title now.”

It occurs to me that Texas could win this year’s World Series and every World Series every year in a row from now until I’m 75 and they still won’t have as many titles as New York. Thank you. 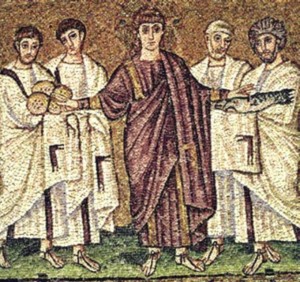 And the third servant is paralyzed. He’s afraid. He’s afraid of messing up, afraid of losing what he had been given, afraid of getting it wrong. He was scared of making a mistake, making somebody mad, ticking off his Master. The story tells us that, yes, this third servant was punished. He lost his job, his home, his family — everything.

And it’s a great story. It really is. Millions of terrific sermons have been preached from this story. But Jesus didn’t tell it exactly right. He didn’t close up all the loopholes. His story doesn’t answer all the questions.

Don’t you wish I had written the Bible?

Would the Master have punished him or rewarded him?

Two of the servants get busy immediately, working hard for their Master. One servant decides to do nothing because he’s afraid. Where is that fourth servant?

Could it be that working for the mission of God and nothing happening doesn’t exist? Could it be that giving your time and energy and money and effort toward God’s mission and then losing everything is an impossibility? That’s why the scenario isn’t in the story. Because it’s not possible. The concept, the very idea, of giving something to God and nothing happening is impossible. Our God says do something. And then he promises that whatever we do, if it’s to his glory and toward his salvation purposes, if it’s offered in faith and trust in the name and manner of Jesus, he will use it. He will multiply it. He will enhance it and perfect it and it will bring an eternal Kingdom return!

The third servant who just sat on his gift did not know his Master.

You’re hard. You’re unfair. You’re mean. You take what’s not yours. You’re a big bully. I was afraid.

He didn’t know his Master. But we do. We know our Master is gracious and kind. He is loving and merciful. We know he died for us. He died. For us. He had proven he will always have our best interests at heart and that there’s nothing he won’t do to save us and live with us forever. Nothing. He loves you. He died for you. That’s our Master.

So we act in faith that our God who calls us to work boldly and courageously for him also promises that if and when we mess up in enthusiastic service to our King, we will find grace and mercy, forgiveness and salvation.

The Christian life is a working life. Our God calls us to give ourselves to him and to his work. Brakes off, no looking back, full steam ahead. He’s not going to punish us when we faithfully pursue his purpose and maybe mess something up. Actually, God really enjoys doing super cool things with our mess-ups.