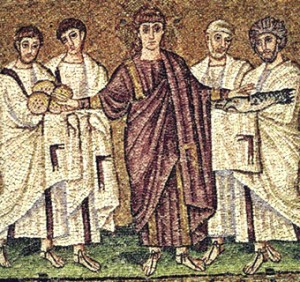 The religious leaders we see in Scripture are always forcing Jesus to defend himself and his mission. Jesus is welcoming the outcasts and eating with sinners. He’s associating with and accepting these people who just don’t measure up. Jesus is continually embracing these misfits, giving to them, serving them, teaching them, fellowshipping with them. And the established religion of the community couldn’t handle it. One of the main political and religious charges against Jesus that led to his execution was the fact that he “welcomes sinners and eats with them.” Luke 15 is just one of many places in the Gospels where we find that when Jesus associated with the marginalized, “the Pharisees and the teachers of the Law muttered.”

They mutter and grumble and complain among themselves. They do it behind Jesus’ back. They gripe under their breath. Because a religious person would never say these kinds of things out loud:

“Those people don’t speak English.”
“Those kind of people won’t give.”
“Their kids are not well-behaved.”
“Have you seen what they wear?”
“They’ll mess things up.”
“They’re on welfare.”
“He just got out of prison.”
“She has AIDS.”
“He cusses.”
“She smokes.”
“We have to protect our kids.”
“We have to be careful.”
“They should probably go somewhere else.”

Church people don’t talk like that out loud, right? A religious person would never say stuff like that in public. Not from the pulpit, not in a Bible class, not in an elders meeting.

No. Religious people mutter these kinds of things under their breath. Among themselves. In private.

If we’re following our Savior — and we are! — we have to recognize that Jesus came with everything he had to seek and to save the lost. And the lost responded to Jesus, not because he catered to them or compromised his message, but because he cared for them. He loved them. He understood their needs and helped them while the religious leaders criticized them and kept their distance.

Jesus strongly rebukes that attitude. His every word, his every deed rebukes that self-centered mindset. Jesus invested his time and energy in sinners. He associated freely with them. He ate with them. He became personally and intimately involved in their messy lives and desperate struggles. Jesus pursued sinners with such enthusiasm and commitment that the religious community questioned his character and his motives. But he kept seeking and saving the lost. With everything he had. And then he died for them.

We don’t ever dare make fun of, poke fun at, or look down on any person made in the image of our God. 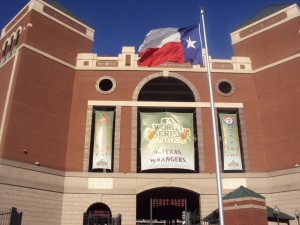 I’ve been to a couple of Rangers playoff games at the Ballpark in Arlington, one in ’96 and another in ’99. I was there when they clinched the division title in ’99. I’ve been to important division games in September. I’ve been in the stands for weekend games against the Yankees when the Rangers were rallying to take a lead in the 8th inning and winning it in the 9th. And I’ve thought many times that there’s no way the Ballpark could ever be louder or as exciting as this. 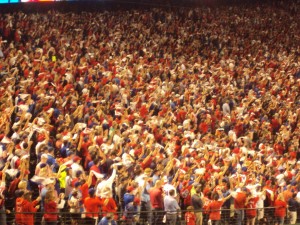 Until Napoli’s two-run double with the bases loaded in the 8th inning against the Cardinals Monday night in Game Five of the World Series. I’ve never been a part of anything quite so loud and exciting at the Ballpark. It was improbable. It was emotional. Magical.

From Roger Staubach’s ceremonial first pitch to Feliz’s last, it was a nail-biter. Nerve-wracking. Gut-wrenching. It seemed that St. Louis had runners at second and third in every inning. Every pitch was do or die. Every Cardinal at-bat went full count. And Texas couldn’t do anything right. Murphy and Moreland were booting balls, C. J. couldn’t find the plate, and nobody could get on base. That 2-1 deficit seemed like 10-1. Or 100-1. It was awful. 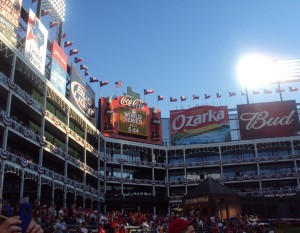 Which made it so much better once Napoli finally came through with his double and then chased Berkman to first base an inning later to end it.

We hugged and high fived everybody in the home run porch. We took pictures. We cringed when Darren Oliver came in and exhaled in relief when he left. We chanted Napoli’s name and laughed at the Ron Washington videos. We ran into Russ Garrison and his family. And we ate for the cycle. It was an awesome night! Thank you to Brian Gray for scoring the ticket. And for being the most superstitious baseball fan I’ve ever known.

Game Six tonight. In the cold and the rain in St. Louis. Colby Lewis has the stuff on the road to give the Rangers their first ever World Series title in their 51-year history. Start the DVRs.