Living the Righteousness of God 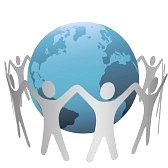 That’s a whole lot different from merely accepting the righteousness as a gift.

My main problem here is that for so long I assumed that head knowledge, mere doctrinal assent, was what was required. Understanding the reason and logic behind the atonement is not the same as actually receiving the gospel and having your life radically transformed by it.

Robert W. Yarbrough calls for Christians to have a clear and active sense of what it means to be a “new creation,” living under and in the power of the righteousness of God:

“They have contented themselves with a weak doctrine of faith, a pale facsimile of Paul’s robust ‘righteousness of God’ unleashed in believers’ lives. If the word that proclaims righteousness is believed, that which arises is love and action. Where that action is lacking, there is good reason to suppose the heart still languishes in unbelief. There may be assent, there may be emotional affirmation, there may be selective obedience to gospel imperatives. There may even be impressive displays of religious activity. But when Jesus called for taking up the cross and following him, he probably had something more radical in mind than motoring to an air-conditioned sanctuary, amen-ing the show, and returning to the real life of Sunday TV and family fun after sumptuous repast at the crowded new restaurant that everyone is dying to try.”

The righteousness of God is comprehensive, all-embracing, and life-transforming. We are called to embody it. Yes, as his ambassadors, we are commissioned by God to proclaim his peace to his enemies through the death and resurrection of the Christ. But, as his ambassadors, we are called to represent our risen King and his everlasting Kingdom in our very lives. We make the first moves in reconciling with others. We take the initiative in bringing about reconciliation in our churches, in our families, and in our neighborhoods. We announce the peace, the righteousness, and then we partner with God in the difficult work of living it for the sake of others.