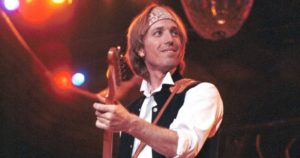 I had just turned thirteen-years-old in the fall of 1979 when I heard Tom Petty for the very first time. It was either “Refugee” or “Don’t Do Me Like That,” I’m not entirely sure. I know it was on The Zoo, 98FM in Dallas, and I know it was on my almost brand new stereo / turn-table / receiver with the smoky gray dust cover. But I don’t remember which song it was because the radio was rotating several cuts from Petty’s third studio album, “Damn the Torpedoes.” I wanted to buy the album. My parents wouldn’t allow it because of the profane title. So I bought all the singles. “Don’t Do Me Like That,” “Refugee,” “Here Comes My Girl,” and “Even the Losers.” All on 45s. I’ve still got ’em.

Tom Petty, however, has been my constant musical companion from my junior high “Zoo Freak” days to right now on this sad first day without him. Tom Petty kept writing and recording the songs and the songs kept maturing along with me. His music kept speaking to me, reflecting me, giving voice to my heart and my thoughts in our current context. His songs never hearkened back to the good ol’ days. “Wildflowers” and “Learning to Fly” would never have contained songs like “Anything That’s Rock n Roll” or “Rockin’ Around (With You).” His past four or five albums have been packed with wistful and reflective songs, lyrics that speak to past regret, mistakes made, broken promises, a realistic (some might say cynical) view of the present, and a very hopeful look to the future.

These lines from “Anything That’s Rock n Roll,” from Petty’s first album:

“Some friends of mine and me stayed up all through the night / rockin’ pretty steady ’til the sky went light / didn’t go to bed, didn’t go to work / I picked up the telephone, told the boss he was a jerk / Your mama don’t like it when you run around with me / but we got to hip your mama that you got to live free / don’t need her, don’t need school / you don’t like your daddy and you don’t like rules…”

are a whole lot different from these lines from “All You Can Carry” on his last album:

Now, don’t get me wrong. Every one of his albums contains a whole lot of what every one of his albums contains. You’re going to find some rebellion and some hard rock guitar riffs. And, yeah, there’s plenty of cynicism or realism in those early records, too. The first lines of “American Girl” from their debut album in 1976 tell you right away that Tom Petty’s going to call ’em like he sees ’em.

He always communicated a realistic look at the problems all around us. But he underscored most of his songs with hope. I wouldn’t carry this too far, but Petty’s work is like the Psalms in that sense. Here’s what’s going on in my life / the world / this country / my relationships that feels bad and wrong. But we all know there’s something better waiting for us around the corner. 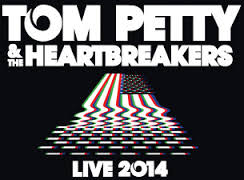 His latest, and now last, studio album, 2014’s “Hypnotic Eye” is unapologetic when it comes to pointing out the problems with the power structures in the United States, the political corruption and polarization that’s dividing the country, the senseless violence, and the unfulfilled promises. Check out these lyrics from the album’s first offering, “American Dream Plan B”:

“My mama’s so sad / daddy’s just mad / ’cause I ain’t gonna have the chance he had / my success is anybody’s guess / but like a fool I’m bettin’ on happiness.”

“Burnt Out Town,” “Power Drunk,” and “Shadow People” are blistering declarations of the problems in today’s society. But mixed into the middle of all that are cuts like “Full Grown Boy,” “Sins of My Youth,” and “Fault Lines.”

There’s baptismal imagery in “Red River” and so much self-reflection and regret — an acknowledgment of past mistakes and current weaknesses — in “Full Grown Boy” and “Fault Lines,” that it sounds like the heart of an honest man nearing the last laps of his race.

Tom Petty had just completed his 40th anniversary tour with three shows at the Hollywood Bowl in L.A. and was telling reporters that he was done with long tours. He’s got a granddaughter now and he can’t be a good grandpa if he’s on the road all the time. He wanted to quit touring and start this last part of his life with his family and, especially, his granddaughter.

And I miss him already.

I always bought every Tom Petty album the moment it was released. I’ve got ’em all. And I’ve been listening to them back-to-back-to-back since last evening. When the news broke, I was on the Oklahoma Christian University campus in OKC for their annual lectures. My sister Rhonda had texted me the news, forwarding a text from her husband Geoff, because he knew I would want to know. As soon as I verified it, I called Carley.

That phone conversation did not go well. Carley shares my love for Tom Petty’s music. It’s her soundtrack, too. She and I saw him perform from really great floor seats at American Airlines Center for her 16th birthday two years ago. We were planning to see him together in Dallas and / or Oklahoma City every single time he played until the day he died.

The last lines Tom Petty sings on that last album come at the very end of the most brutally honest and brilliant song he ever recorded on the state of things in this country. The song is “Shadow People” and it’s tough. It’s about our political and social divisions. It’s about how nobody thinks anymore, nobody talks anymore — we just react. And we stockpile water and canned goods and guns. And everybody’s afraid. We’re all hiding our true selves behind our political positions. And you can’t tell who’s who because nobody seems interested in real conversation. But, in true Tom Petty fashion, he ends the song and the album and, now, his life catalogue by expressing and renewing our hope.

“Waiting for the sun to be straight overhead, ’til we ain’t got no shadow at all.”