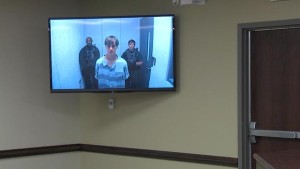 They are three of the most powerful words in any language. These three words contain the awesome power to break through seemingly impenetrable walls, to break down unscaleable obstacles, to break in to the most fortified places. These words are able to accomplish what bullets and bombs cannot, what politicians and policies cannot, what violence and force cannot.

These are the three short words the family members of the nine Christians killed in Charleston used over and over in court Friday afternoon when confronting their loved ones’ murderer.

Dylann Roof killed Ethel Lance’s mother in that horrible shooting. Yet Ethel told Dylann Friday, “I will never be able to hold her again, but I forgive you. You hurt a lot of people; but God forgives you and I forgive you.”

Felicia Sanders survived the massacre at that mid-week Bible study, left to mourn her daughter who was slain by Roof. She prayed for him Friday, “I forgive you. May God have mercy on you.”

Myra Thompson’s relative told Roof, “I forgive you and my family forgives you.”

When reflecting on the unique scene that played out in that South Carolina courtroom Friday, the President of the United States later observed, “In the midst of darkest tragedy, the decency and goodness of the American people shines through in these families.”

With all due respect, I disagree. To borrow Demi Moore’s line, I strenuously object.

It’s not decency and goodness in Americans that’s shining through, it’s the love of Christ in Christians that is shining through. It’s the glory of a loving and merciful God that is reflected through disciples of Jesus, not citizens of the United States.

It moves mountains, it shakes the earth, it changes everything.

It liberates, it transforms, it saves.

You should give it a try sometime.