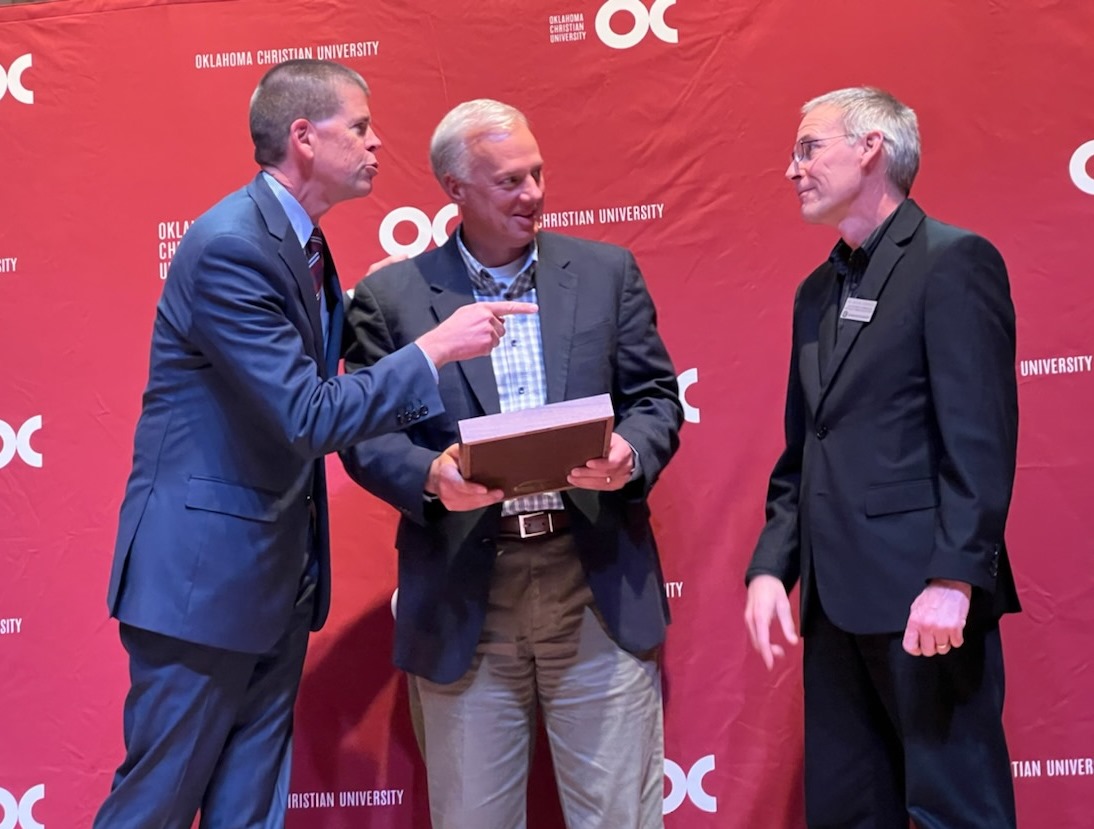 When Brian Simmons contacted me about being honored with the 2022 distinguished alumni at Oklahoma Christian University, my first thought was that all the professors and administrators from the 1980s must be dead. When I was informed that, to the contrary, most all of my teachers and the school’s administrators from that era are very much alive and in favor of the recognition, I was rendered completely speechless. 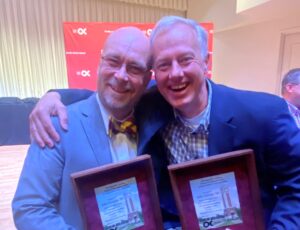 Wow. What a great honor and blessing. It’s truly incredible on many levels. Overwhelming, really.

The ceremony was nice, of course. Our daughter Valerie and her husband David made the trip down from Tulsa to be with us. University President John deSteiguer said some really nice things about me. College roommate and great friend Mike Osburn was a fellow honoree, so that was cool. And Dr. Simmons gave me a tour of the KOCC studios. 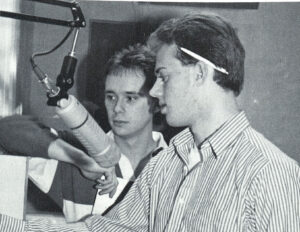 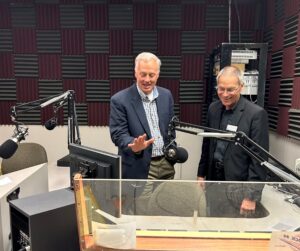 I spent many, many late nights and long hours in those recording and broadcast studios of the campus radio station during my four years at Oklahoma Christian. Brian was a junior Mass Communications major and the radio station manager when I showed up as a freshman. I auditioned for Brian, trying out for the play-by-play position for the men’s and women’s basketball teams. He told me I had a lot to learn and that I could learn most of it by running the boards at the station during the game broadcasts. And he was right. I signed up for almost every single shift that fall of 1985, listening to Stuart Graham from all the various NAIA gyms all over the Sooner Athletic Conference and punching up the underwriting announcements and station breaks at the right time. I produced promotional spots and worked with Brian on intros and outros for the games. I soaked up everything I could from Stuart’s broadcasts – the seamless way he worked up-to-the minute statistics and players’ hometowns into his call, the detailed descriptions of the setting, the way he conveyed excitement without screaming. And when my sophomore year began, I not only had the play-by-play gig, Brian made me the Sports Director, too. 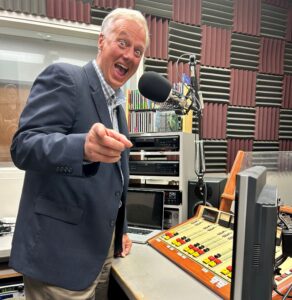 Dr. Simmons is now the chair of the Communications programs at OC and one of Valerie’s and Carley’s all-time favorite teachers, which is really cool. We were privileged to share dinner Friday with Brian and with one of our favorite Mass Comm professors from back in the day, Dr. Philip Patterson. They were both very kind and gracious to me over the weekend and I am thankful to God that he placed both of them in my life at the exact right time.

I must also mention here the annual Delta alumni breakfast which was held Saturday at the beautiful home of Al and Judy Branch. Ozzy was there. David Bates. Scott Williams. Brad Robison. Two Haworths. Two Egglestons. Ted Norton. Odell. All the founding members of our social service club from 1972. Adair, of course. And a whole bunch of younger and younger looking students. We covered it all: the Bush rally, Diet Skipper, pumpkins, Dave Butts and the possum, All-Sports glory, late-night carousings, OC security, float trips to Talequah, creative apartment renovations, summer roofing jobs, and a couple of notable arrests.

This marks the 50th year for my college social service club, Delta Gamma Sigma. The grand 50th anniversary blowout weekend is set for June 9-10, 2023. Which makes no sense. Which is somehow quite fitting. Adair and Bates unveiled the 50th anniversary logo at Saturday’s breakfast and Ozzy revealed the site of the summer bash.  I’m hoping to make it a three or four day deal so I can spend more time with these wonderful old friends. I’m also secretly pushing for the club to disband immediately following the June festivities. I mean, what’s the point now? When’s the last time this group won anything? End it at fifty and call it good!