He Touched the Coffin 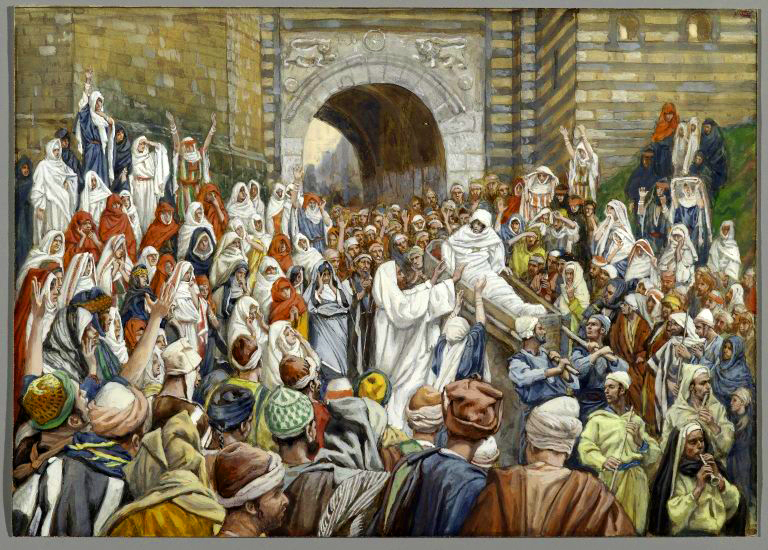 Jesus is walking to the little town of Nain. This little village is so small, so insignificant, so completely unimportant to anybody, that most scholars have no idea where it was located. This was a nothing town full of nobody people. But in Luke 7, Jesus is going there. That means something, yes?

“As he approached the town gate, a dead person was being carried out – the only son of his mother, and she was a widow.” ~Luke 7:12

In that part of the world, at that time and place, it was over for this poor woman. If you’re a woman in that setting and your husband dies and then your only son dies, it’s a death sentence for you. This is a picture of utter despair and hopelessness.

“Then he went up and touched the coffin, and those carrying it stood still. He said, ‘Young man, I say to you, get up!’ The dead man sat up and began to talk, and Jesus gave him back to his mother. They were all filled with awe and praised God… They said, ‘God has come to help his people!'” ~Luke 7:14-17

Jesus is willing to identify with the situation. He purposefully walks to the awful circumstance, he doesn’t back away. He touches the coffin, he goes to the problem, and he takes it into himself. He becomes one with your death. Whatever is killing you or threatening to kill you, whatever is stealing your joy, whatever is hijacking your hope, our Lord Jesus resolutely walks to it and touches it. He identifies with it, he identifies with you, he touches you, and he stops whatever is going on.

At great cost to himself, yes. But he has that same grace for you.