God’s Always in Front of Us 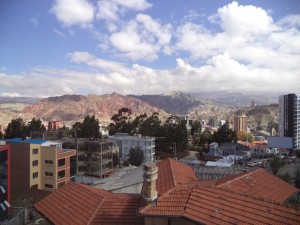 Just another couple of posts to recap our trip to South America and reflect on the things we experienced together. This one on the super quick twenty-four hours we spent with the brand new Great Cities Missions team in La Paz, Bolivia.

Luis and Damira, Brad and Katie, Rick and Julie and their kids have only been in La Paz for five months. They are a brand new missionary team with lofty dreams, tremendous courage, and a thrilling anticipation of what our God is going to do with them and through them in this capitol city. At the same time, this is a brand new missionary team that hasn’t yet mastered the native language, is still really learning how to work with one another in this foreign setting, and is understandably anxious about this thing God’s put in front of them. They’re still learning the culture, still trying to figure out the customs, still going through the ups and downs of adjusting to this brand new life. And, like every missionary team, they’re in need of some real hard-core encouragement and support at about the five and six months mark. 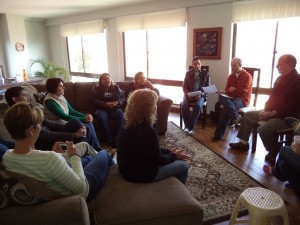 We knew this going in. We knew the main part of our job during this leg of our trip was to encourage these three young couples to stay the course, to strengthen their faith in the One who called them there and promises to always provide, to bless them with our words and our prayers, to lift them up in loyal support. We knew all this going in. We were prepared to hear some tough stories, to share some tears, and to pray for a more visible sign of God’s presence in their lives and in their work. We were ready.

What a surprise to realize once we got there that God was way ahead of us.

When we met them late that first night for some sandwiches and coffee, they were all still giddy from the three baptisms they had participated in the week before. Three people had submitted to the lordship of our Christ. Three people had given their lives to Jesus. God’s power was evident in these conversions and acted to lift the spirits and renew the enthusiasm of the missionaries. Not only that, but six days earlier they had signed a lease agreement on what will be their new church building on a main street there in La Paz. It’s a beautifully refurbished space with wood floors, lots of windows, and tons of potential. They couldn’t wait to show it to us the next morning, and we couldn’t wait to see it. God had provided the building. God had opened the hearts of the three new converts. God was encouraging these missionaries with his richest blessings of hope and peace when they absolutely needed it most. 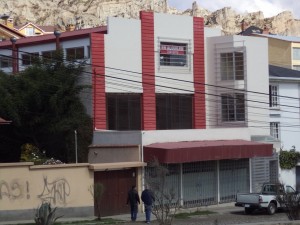 I thought we had been sent to do it. But God was way out in front of us on this. Like always.

Of course, we did our best to encourage this young team. Kelley assured them that we were Aaron and Hur to their Moses, holding their arms up in prayer and support when they grew weary. We sang together in the Brooks’ apartment, in English and in Spanish, praising God and declaring our complete submission to his will. We spread out all over that new church building and prayed in biblical terms, trying to call things that are not as though they were, praying for the people of La Paz, thanking God for the praises that would soon be flowing out of that building and for the men and women and children who would come to know our King in that place.

But it seemed to me they didn’t need nearly as much encouragement as I had been led to believe. God was strengthening them. God was already showing them the vision. He was already revealing himself to them in powerful ways. He was already assuring them that, just as he had faithfully provided for them in the past, he was providing for them now.

God’s always way ahead of us on stuff like this.