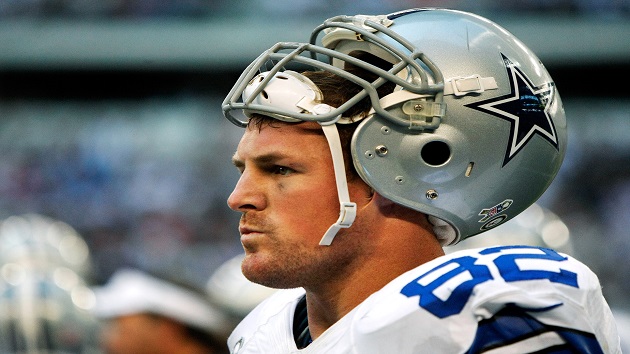 Third down and six and Dak Prescott is now looking for Dalton Schultz on a seven yard hook. Or is it Geoff Swain on a seven yard out? Maybe Blake Jarwin finds a seam or Rico Gather hits a crease for the first down catch. Or maybe Prescott gets sacked for a seven yard loss because he’s frozen in the pocket looking for Jason Witten.

All Dallas Cowboys quarterbacks from Drew Bledsoe to Dak Prescott, including all the Matt Cassels, Tony Romos, Stephen McGees, and Brad Johnsons in between, have looked to Jason Witten as their security blanket. Since 2004, there has not been a more consistent certainty at tight end in the NFL than Witten. Dependable. Constant. Steady. Whatever adjective you want to use, Witten was always there — the rock in the midst of the chaos that is Jerry Wayne’s Cowboys.

After 15 solid seasons, Witten today has officially announced his retirement to join the Monday Night Football booth at ESPN. 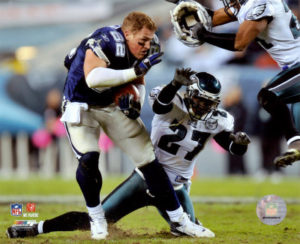 …there’s an emptiness here, right? There’s regret. You feel it, don’t you? It’s undeniable. Everybody is celebrating Witten’s greatness — including me — but there’s a cloud hanging over this whole thing:

No Dallas Cowboy should ever play for 15 consecutive seasons and never even win one single divisional playoff game.

We can debate whether hiring Witten is a lazy move for ESPN. We can discuss how his retirement shocked the Cowboys, caught them totally off guard, and will set their 2018 offense back several steps. We can argue how Dallas might replace him. We can congratulate Witten for being such a great guy and modeling everything it means to be a team player and a stand-up human. We can observe that the Cowboys have now lost Witten, Dez, and Romo in one calendar year. But don’t let this sorry fact elude you: Witten played in Dallas for fifteen years and never won a divisional round playoff game.

Maybe on third down and six next season, if the Cowboys are playing on a Monday Night, Prescott’s best bet would be to chunk the ball towards the press box.