Dirk Nowitzki took out a full page ad in yesterday’s Dallas Morning News to say “Thank You” to Mavericks fans and to the city after 21 Hall of Fame years in Dallas. It’s a rare kind of letter from a professional superstar athlete of Dirk’s caliber. Humble. Grateful. Selfless. Sincere.  Reflective. Kind. Two DMN sportswriters have confirmed that Dirk worked on this letter for a couple of weeks; these are all his words; it’s not ghost-written. And you can tell it’s from his heart. 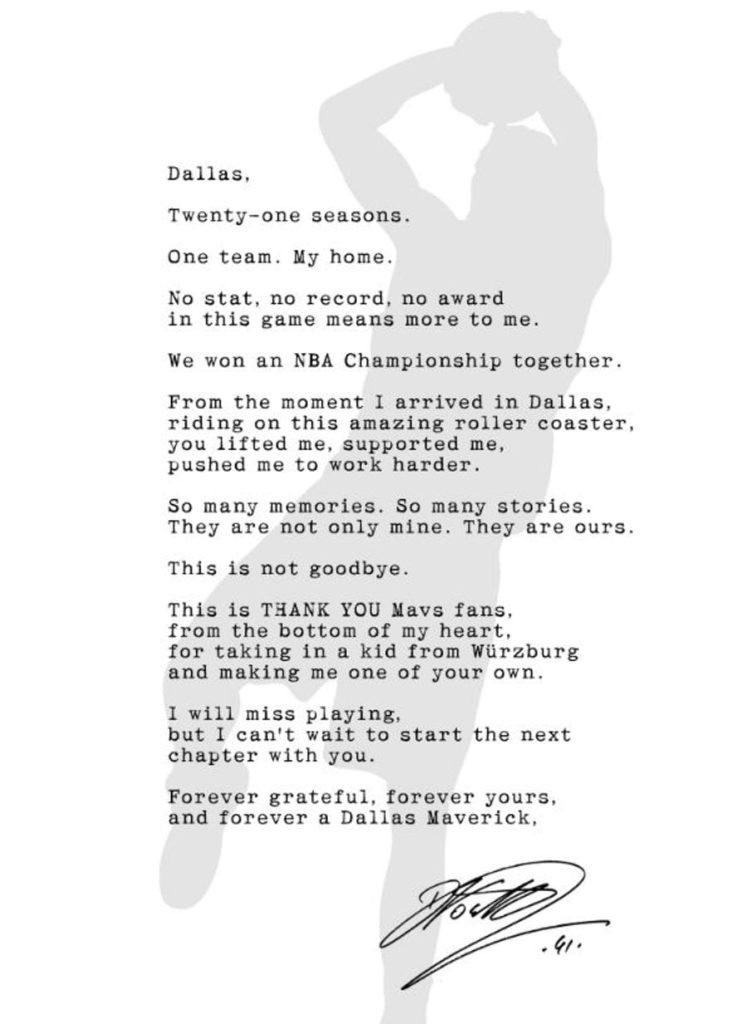 Mike Modano’s not in that class. He won a Stanley Cup as the face of the franchise with the Stars in 1999. Model citizen and team player, advocate for the sport and the city, but he finished his career in Detroit. And it’s hockey.

The very nature of baseball means nobody’s going to play their entire career with the Rangers. Plus, the Rangers have never won a championship. Nolan Ryan could be governor of Texas whenever he wants, but he doesn’t own Dallas. Jim Sundberg and Pudge Rodriguez could make the Dallas city council, but they don’t own the city. Besides, they played all their home games in Tarrant County.

Am I missing somebody? I think it’s Staubach, Aikman, Dirk. In that order. Does anybody else in Dallas sports belong in that group?